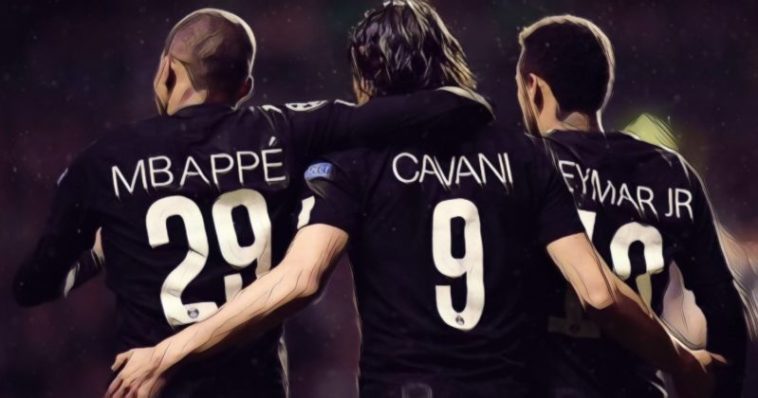 The European transfer window reached its conclusion this week, with controversial Inter Milan forward Mauro Icardi’s switch to Paris Saint-Germain one of the headline moves on a fascinating deadline day on the continent.

The Argentine international arrives in the French capital with a prolific record in Serie A, having scored 111 league goals in just 188 appearances during his time at the San Siro.

The 26-year-old will join the likes of Kylian Mbappe, Edinson Cavani and Neymar in a mouthwatering attacking line-up in Ligue 1, but where do that quartet rank amongst Europe’s most potent forward lines?

The French champions possess one of Europe’s most exciting attacking line-ups on paper, with Icardi bolstering the already prolific trio of Mbappe, Cavani and Neymar.

Despite agitating for a move Neymar remains in Paris, though whether the Brazilian is integrated back into the first-team squad remains to be seen.

Should boss Thomas Tuchel successfully incorporate the four into his team, the Parisians look to have the firepower to challenge for an elusive Champions League trophy after years of domestic dominance.

Mbappe, Cavani and Neymar hit 85 goals in all competitions between them last season, despite injury struggles for the latter two, the addition of a player of Icardi’s calibre only adds to a wealth of attacking talent.

Their only problem may be keeping the harmony…

The trio combine a unique blend of pace, technique and relentless industry, having all bought into manager Jurgen Klopp’s famed pressing style.

In just over two seasons since Salah’s 2017 arrival from Roma, they’ve amassed a huge 169 goals between them, helping the Merseyside club establish themselves as one of Europe’s finest teams.

Having missed out on the Premier League title by just a single point last season, fans will hope their formidable forwards can fire them to glory this time around.

The addition of the World Cup winning Frenchman adds to an array of attacking talent at the Camp Nou, with Messi further enhancing his claim as the world’s best player by securing a third successive European Golden Shoe last season.

The Argentine superstar has now incredibly hit over 40 goals in eight consecutive seasons, whilst despite his advancing years and waistband, Suarez remains a more than able sidekick having hit 25 last term.

The signing of Griezmann further adds creativity and firepower to an already potent attacking line-up, as the La Liga giants pursue a sixth Champions League title this coming season.

The Premier League champions possess perhaps more avenues to goal than any side in Europe, with several stars all capable of finding themselves on the scoresheet.

The club’s all-time record goalscorer, Sergio Aguero, continues to score prolifically for the Manchester side, whilst England international Raheem Sterling has developed into one of the most productive wide players in European football.

That duo hit 57 goals between them last season and have started the new campaign in similarly blistering fashion, whilst the likes of Gabriel Jesus and Bernardo Silva offer more than able support.

The Italian champions attack revolves around Cristiano Ronaldo, with many regarding the Portuguese superstar as perhaps the greatest goalscorer in football history.

The Serie A side tempted the forward to Turin in search of an elusive Champions League title, having gone over two decades without claiming Europe’s biggest prize.

Ronaldo adapted seamlessly to life in Italy by being named as the division’s Most Valuable Player, having hit 28 goals in all competitions as Juve won an eighth successive league title last season.

The 34-year-old is supported by the likes of Argentina international Paulo Dybala and veteran duo Gonzalo Higuain and Mario Mandzukic in attack, whilst Douglas Costa and Federico Bernardeschi offer the ammunition from wide areas.