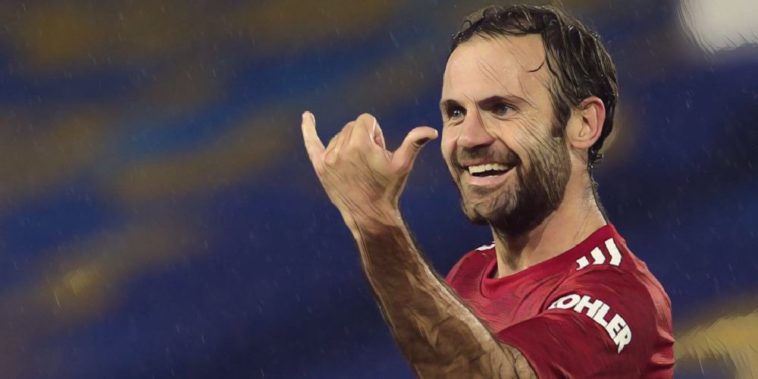 Juan Mata has reportedly rejected a lucrative contract offer from the Middle East in favour of remaining at Manchester United.

Mata has struggled for opportunities under Ole Gunnar Solskjaer but remains a well-respected member of the first-team squad at Old Trafford, the Spaniard viewed as a squad player who brings invaluable experience to a relatively youthful dressing room.

Despite his limited game time, Spanish publication AS is reporting that Mata is ‘very comfortable’ with life at Manchester United and he has turned down advances from Saudi Arabia, the latest offer from an unnamed club a lucrative deal worth a reported €20m.

The 32-year-old has entered the final year of his contract with United and is keen to remain with the side as they prepare to return to the Champions League this season, whilst the club’s hierarchy have the option of triggering a one-year extension to the playmaker’s deal.

Despite making just eight league starts last season the veteran’s desire is to remain playing at the highest level and he is understood to be confident United can compete for silverware this season despite their stuttering start to the campaign.

The former Chelsea star is yet to make a league appearance for the club this season but was named as United’s Player of the Month for September after scoring two goals in two appearances in the Carabao Cup.