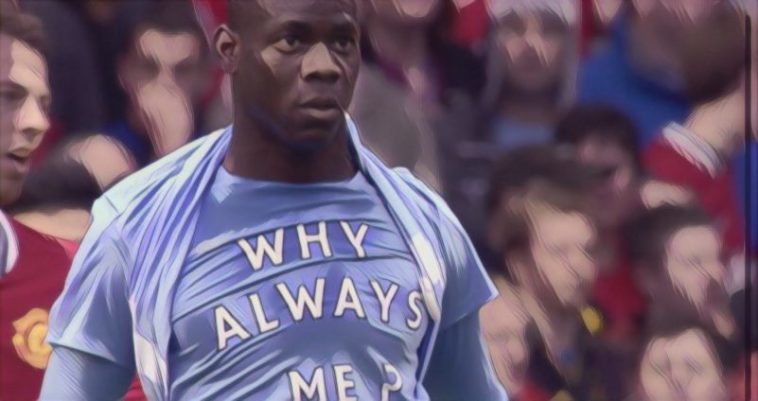 Mario Balotelli is more well known for his famous quotes through the years than for his footballing ability.

No one really knows if they should take Balotelli seriously. For instance, when he once revealed a t-shirt that read ‘why always me?’ after scoring a goal, some saw the message as him bemoaning his circumstances or the media attention he received, but many have come around to the notion that he was just taking the piss.

But then again, who knows? Mario is like mercury; once you think you have a hold of it, it slips back out of your hands.

That’s what makes the Italian striker such an interesting case study. His mercurial nature makes him the kind of maverick footballer that people will always be interested in, even if he has faded out of view in recent years.

Although ‘Super Mario’ won major trophies at Internazionale and Man City, he failed to live up to the hype at Liverpool and AC Milan, but that didn’t stop him from claiming that the only player “a little stronger” than him is Lionel Messi.

Watch our video of the best Mario Balotelli quotes ever: