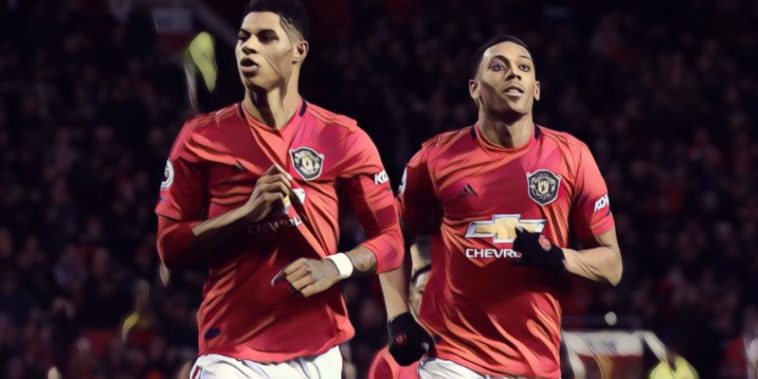 Marcus Rashford really is some man. In a time of division, uncertainty and crisis, the Manchester United forward has used his notable platform to provide aid to those in desperate need.

The England international has been active in his work outside of the game during the coronavirus pandemic, raising more than £20m for FareShare, the country’s largest charity fighting against hunger and food waste.

Yesterday, the 22-year-old sent a powerful message to parliament asking for help in his bid to prevent child hunger and poverty, the forward having spoken on his own humble upbringing in South Manchester and the importance of the community coming together in times of need.

Rashford’s stance has been an uplifting back story during the Premier League’s suspension and despite an initial defiance from the government,  his campaign has now prompted a swift U-turn, with a spokesman for Boris Johnson confirming free school meals will continue to be provided during the summer holidays.

• Learned sign language to judge a poetry event in a deaf school.

“Owing to the coronavirus pandemic, the prime minister fully understands that children and parents face an entirely unprecedented situation over the summer, to reflect this we will be providing a COVID summer food fund,” a spokesman for the Prime Minister told reporters.

“This will provide food vouchers covering the six-week holiday period, full details will be set out shortly.”

The Manchester United striker reacted to the news via his social media with the scheme set to benefit around 1.3 million children across the country, the funding having been called the ‘COVID Summer Food Fund’ and will see food vouchers – of £15 per week – handed to those eligible.

I don’t even know what to say.
Just look at what we can do when we come together, THIS is England in 2020.

The Department of Education had initially said they would not extend the voucher scheme throughout the summer holidays, but Rashford’s conviction and the determination of the campaign – plus a huge public backing – has now seen that decision reversed.

The Labour Party had already given their backing to Rashford’s fight and the forward also received the support of two senior Conservative MPs, with the former calling the decision a ‘victory for the 1.3 million children who were at risk of going hungry this summer’, while also tweeting ‘We did it’.

The success of Rashford’s campaign is a welcome moment of unity during a difficult period for the nation, a heartwarming story of the celebrity status enjoyed by Premier League footballers being utilised to make positive change.