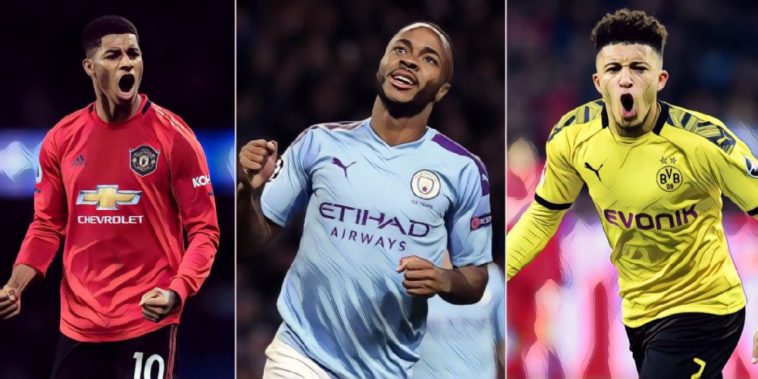 Carragher expressed his concerns about the straightforward lifestyle of Premier League academy graduates and branded England’s players as ‘physically and mentally soft’ following their embarrassing exit to Iceland at the European Championships four years ago.

The former Liverpool defender believed that a too-much-too-soon introduction to life as a modern footballer was hindering the nation’s hopes of success at international level, a verdict he admits he got very wrong.

“When England were humiliated by Iceland at Euro 2016, I offered my theory as to why we were failing to match the standards of our rivals in Spain, Germany, and France,” Carragher wrote in the Telegraph. “My criticism labelled our academy graduates ‘the pampered generation’.

“I expressed concern about young players being unprepared for life’s psychological, physical and practical challenges, playing on ‘immaculate pitches, in pristine training gear, and having every area of their life run by their agents’.

“I have thought long and hard about those observations recently. Now I am not afraid to admit it: I was wrong.

“My fear upon my retirement as a player – especially having spent so much time watching academy football – was there was a growing disconnection between youngsters, some who become multi-millionaires by their early 20s, and the fans they represent. I no longer believe that.

“The only disease right now is the racism that we are fighting.”

“England’s current group of elite players are stronger, more independent and willing to take greater risks with their career than those before. This generation is not pampered. It is enlightened and pioneering.”

Carragher used the example of Jadon Sancho – who left the comforts of Manchester City to develop abroad at Borussia Dortmund – as evidence of the mentality of England’s emerging stars, the winger now amongst the most exciting young players in world football following his leap of faith in heading to Germany.

The Sky Sports pundit also praised the ‘courage’ and increasing willingness of players to use their status to push for change away from the confines of football, citing Raheem Sterling’s assertiveness on racism and the notable charitable work conducted by the likes of Jordan Henderson and Marcus Rashford.

“Observe the courage of youngsters such as Jadon Sancho, who at the age of 17 was confident enough to leave England and sign for Borussia Dortmund, backing his ability to make every top Premier League club want to sign him three years later,” he continued.

“Raheem Sterling ensured more players feel comfortable being assertive on sensitive subjects such as race, so whenever an incendiary incident arises, more elite sportsmen and women want to be at the forefront of calls for reform.

“The unity of Premier League captains brought together by Liverpool’s Jordan Henderson to set up a fund for NHS staff was an example of players intuitively recognising their community responsibility. There have been countless examples of this during the Covid-19 crisis, some more high profile than others.

And whilst I’m celebrating this, there is SO much more to do. Trust me when I say, I will keep fighting until no child in the UK has to worry about where their next meal is coming from. This is England in 2020 and families need help (2)

“Manchester United’s Marcus Rashford’s charity work during the lockdown is extraordinary, raising £20 million in donations via his partnership with FareShare, set up to fight food poverty and waste.

“Earlier this week, Everton’s Seamus Coleman was the latest captain to endorse wage deferrals of up to 50 percent, and one of the positive side-effects of the lockdown has been in demonstrating how many of our clubs’ foundations assist local authorities, assisting the most vulnerable. Generally, more players are involved in these projects thanks to the clubs’ expanding philanthropy.

“This makes a mockery of the idea young players have lost touch. The opposite is true.”