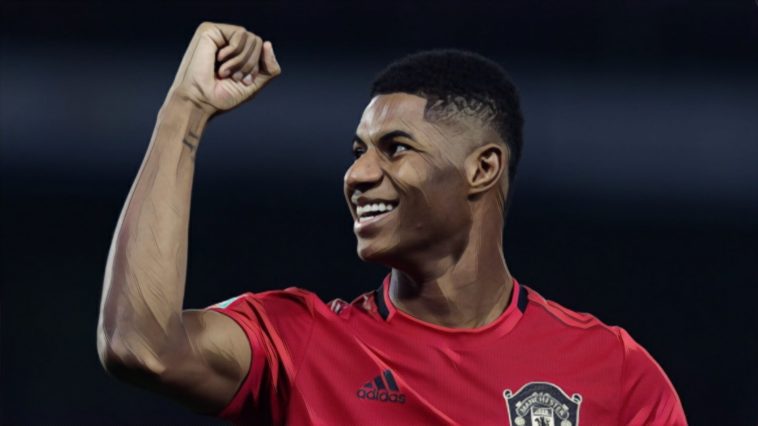 Marcus Rashford could win the Premier League, the Champions League and the World Cup in the same year, and it still wouldn’t compare to what he accomplished on Tuesday.

Since the UK went into lockdown due to the coronavirus outbreak, the Manchester United striker has been working hard to help impoverished children who are going hungry during the pandemic. He set up a charity that raised £20m and helped feed almost three million children.

Meanwhile, the Wythenshawe native also launched a campaign to help the homeless, took up sign language to judge a poetry competition at a deaf school, and most recently has been challenging the government to reinstate their school meals voucher scheme.

The UK government were adamant that the scheme would not continue into the summer, despite the fact that it would mean a reported 200,000 children would continue to skip meals they could not otherwise afford.

On Monday Rashford wrote an impassioned letter to MPs in Westminister in which he implored Prime Minister Boris Johnson and his Conservative government to change their mind.

He wrote that “Food poverty in England is a pandemic that could span generations if we don’t course correct now.”

An Open Letter to all MPs in Parliament…#maketheUturn

The England international then wrote a Twitter thread on Tuesday morning once again imploring on people to put pressure on MPs to #maketheuturn.

1. When you wake up this morning and run your shower, take a second to think about parents who have had their water turned off during lockdown #maketheuturn

While there were some detractors, there was overwhelming positivity towards Rashford’s message, and the Labour Party’s intention to use an opposition day debate in the House of Commons to hold a vote on extending the voucher scheme put pressure on the government to make a U-turn.

When it was announced that Boris Johnson had in fact changed tack, Rashford could hardly believe what he had achieved.

I don’t even know what to say.
Just look at what we can do when we come together, THIS is England in 2020.

Unsurprisingly, the 22-year-old received praise from all corners for his terrific work, which will see over a million children receive school meals vouchers.

Well done Marcus Rashford! You have forced the government to provide free school meals over the summer. Brilliant campaign and we are all proud of you #schoolmeals4summer https://t.co/0x67Unw8VN

The Premier League didn't campaign for this. His club Man Utd weren't behind this. It was all Marcus Rashford

English footballers consistently show themselves to be better and more worthy than the institutions behind them.

Shout out to Matt Hancock who said footballers had to play their part, and then got completely owned by Marcus Rashford doing more for kids in poverty than the government ever has.

It is beyond me how #FreeSchoolMeals is even a debate, growing up me and my siblings also was on free school meals and I can’t imagine what my mum would have had to go through now if we didn’t have them. Your doing amazing brother! @MarcusRashford #maketheUturn !!!!! https://t.co/xTx8lYImqP

Because of Marcus Rashford, more than 80,000 eligible children in the North East won’t go without food this summer.

Think about it. If Will Keane never got injured against Shrewsbury on the 22/02/2016, then Marcus Rashford might never have been given his opportunity to play against FC Midtjylland 3 days later, and maybe none of what he’s achieved lately would’ve been made possible.

Don't know what's more shameful, that Marcus Rashford had to campaign to feed kids over the summer or that some people are enraged that kids will have food to eat over the summer

Of course, it wouldn’t be Twitter unless the memes starting coming through at a furious pace.

Marcus Rashford has left Therese Coffey for dead like she was Martin Demichelis.

The Arsenal back four The Tory government

Failing to handle Marcus Rashford on his debut

To be fair, Marcus Rashford gave me quite the moral dilemma because on the hand, the children might have gone hungry over the summer, but on the other hand I didn't want to help them!

Thankfully my advisers made the decision easier by pointing out I was haemorrhaging supporters.

Now we wait for the inevitable scathing reaction.

"The second that Rashford buys anything expensive I wanna know about it alright." pic.twitter.com/YHn5w4yNSP

Eight must-watch games for when the Premier League returns

Meanwhile, the Labour Party tried to score it as a political victory, but instead it only served to make their leader Keir Starmer look weak in comparison.

It took Marcus Rashford 3 days to secure more funding for poor families than Keir Starmer has managed in 2 months. Yikes.

Kier Starmer putting his full kit on to celebrate. Putting his hand on Rashford's shoulder as he lifts the trophy. Dancing in champagne despite being a largely unused sub. Framing his medal and pointing at it when people come round, hoping people forget. https://t.co/ubbz5czFwg

This is how much pressure it took before the Tories committed to feeding hungry children through the Summer.

nothing but respect for MY labour party leader Marcus Rashford

Read: How Waddle and the Owls became the nineties’ beautiful losers

See Also: Five of the best comedy football sketches of all time