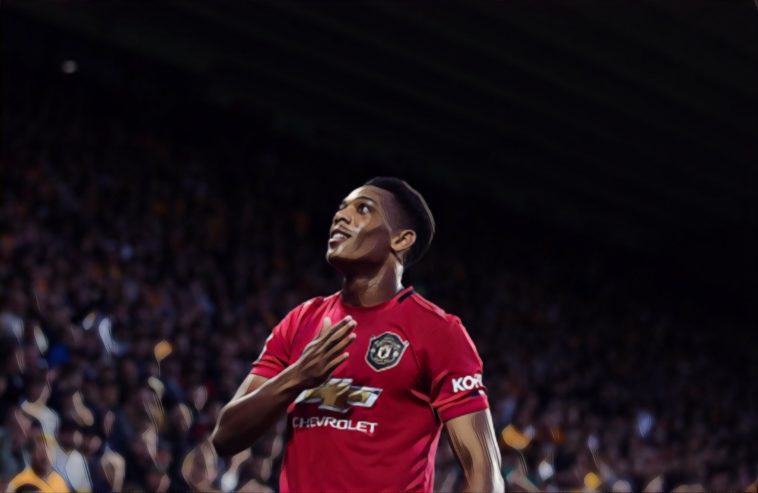 Signs of stability and promise could be good news for Manchester United’s top four challenge this season.

On Monday night two top six contenders faced off, but couldn’t be separated after 90 minutes as the game ended 1-1. As ever with Manchester United however, the actual goings on in the game, which are worth dissecting for further analysis, were lost in the discussion afterwards.

A missed penalty led to the ranting and ravings of Gary Neville on Sky Sports, before undesirable and anonymous Twitter bellends descended on Paul Pogba with racist fury and idiocy. Everything inevitably got sucked into the depressing black hole that seemingly follows the Salford outfit everywhere, and this penalty issue is more or less all we have heard and talked about with regards the game since the final whistle was blown.

In terms of on-field matters though, do the Red Devils have anything to be positive about? Are there green shoots that could point to a better campaign than the one that preceded it?

After the first couple of matches into the season, United have come out with four points and +4 goal difference from two tricky games, something fans would have taken had you offered it before the opening day. A 4-0 win over Chelsea at Old Trafford will always warm the heart of their supporters, although for all intents and purposes they were not four goals better than the Blues.

A point away to Wolves is nothing to write home about, but it should be remembered that Wanderers have had United’s number the last three times they’ve met. This is the first time the visitors have been able to avoid defeat at Molineux in the two meetings since Nuno Espirito Santo’s charges were promoted to the Premier League in 2018.

With ambitions of breaking into that upper echelon, this is a team who have been a thorn in the side of the top six, beating Arsenal, Chelsea and Spurs as well as United last season. They should not be underestimated this campaign and make no bones about it: this was a good point for the away team.

Wolves set out to frustrate their opponents by denying space in behind. They saw what Pogba did to Chelsea the week beforehand as he unleashed forty yard passes over the top for Marcus Rashford to run onto and ultimately score from. With the speed and movement of Rashford and Anthony Martial to contend with, they weren’t going to make the same mistake.

Not only did Wolves sit deep, they also refused to engage in midfield against a side that has just one quality midfielder, which resulted in a strange game where Pogba often looked as if he was on an island in the first-half. That would usually be okay for him to operate in, but with the passing lanes cutoff he was often forced to pass sideways and backwards for the most part. United created very few clear cut chances as a result, through the Frenchman or anyone else.

Consequently, however, neither did Wolves, who were unable to make hay down the wings, as is their wont. Aaron Wan-Bissaka — whose 15 tackles won is more than anyone in the league right now — once again held his own in impressive fashion, while Luke Shaw was reasonably comfortable on the opposite side. The subbing on of Adama Traore after half-time changed that, and he was able to progress the ball forward with greater success than Matt Doherty had.

Wolves set up to keep things tight and rely on one of their star players to pull something out of the hat should the opportunity arise. Unfortunately for United, Ruben Neves did just that, scoring a pearler from outside the box in the 55th minute. That was the Portuguese’ third goal in the top flight, all of which have come more than 18 yards in distance from the goal.

Anthony Martial for Manchester United in the Premier League so far:

AM9 has started well. 👌 pic.twitter.com/JnK3uNlosi

Ultimately Ole Gunnar Solskjaer’s men will have come away from the match more disappointed than their hosts not to have taken all three points, but there were positives to take from the game. The goal they scored in the opening half was a well worked move that cut through Wolves with relative ease, before Rashford released Martial, who finished expertly past Rui Patricio.

On the defensive side United looked solid again, which will probably take some getting used to for the club’s supporters. Harry Maguire has taken to his role as marshall of the backline with aplomb, and looks at ease running the show in defence despite not having a pre-season with his new team. That comfortability will be tested by teams who actually have a go at them, but they only conceded 0.38 expected goals on Monday night.

I won’t add anything to the penalty debate for fear of boring you to sleep, as it’s been talked to death, only to say that Pogba would have been clean through on goal had he not been fouled, meaning they should feel somewhat hard done by not to have won the game.

There are still some worries for United though. Daniel James has had some bright sparks in his two games so far, and could develop a great relationship with Wan Bissaka, but at the minute he looks a bit one dimensional against packed defences. He will have to figure out how to pick that lock more effectively if he wants to nail down that right wing spot.

That also leads us to the lack of really good chances created during the game by Man United. While Wolves are a very competent team at the back, United will need to learn how to break down similarly defensive setups this season. If they plan to play on the counter, then Wolves might have written the template for shutting them down.

On the whole though, United have more reasons to be cheerful than fearful, even if it’s only been two weeks. The terrible form towards the end of last season has been stopped, they look to be in better shape than top four rivals Chelsea, and they’re level with local nemesis Manchester City, for whatever that is worth right now.

Overtaking Pep Guardiola’s charges is not the goal for this season, nor should it be, but there are indeed green shoots of stability and promise that could bloom later on.