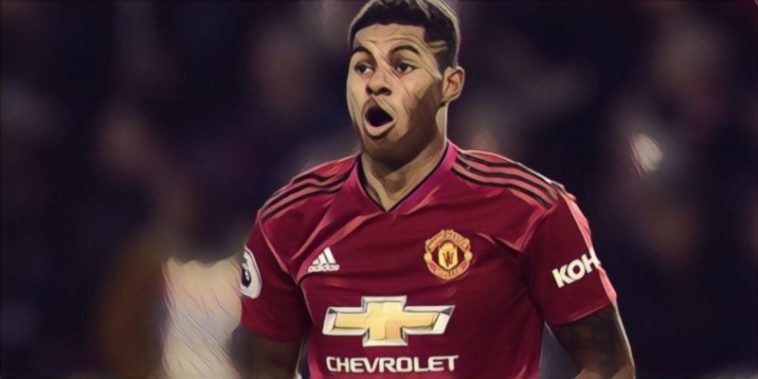 Marcus Rashford admits Manchester United’s 1-1 draw with Wolves was ‘disheartening’ for the club.

United missed the opportunity to go top of the Premier League after being held to a 1-1 draw at Molyneux, Paul Pogba missing a second half penalty meaning Ole Gunnar Solskjaer’s side had to settle for a point.

Anthony Martial had opened the scoring with his 50th goal for the club, before Ruben Neves’ superb effort from distance saw Wolves maintain their fine recent record against Manchester United.

Rashford admits United were disappointed in failing to secure all three points, but says the club can take heart after improving on last season’s visit to Nuno Espirito Santo’s side.

“It is of course disappointing, disheartening, but we can’t let it get to ourselves early in the season,” Rashford told Sky Sports.

“The last time we came to the stadium they [Wolves] were the much better team, but today was a different story. It has always been a tough place to come and today proved it again.”

Rashford lined up on the left-hand side of United’s fluid looking front line, with Martial once again playing centrally and new signing Daniel James on the right.

The England international provided the assist for Martial’s opener after combining with Jesse Lingard, and the 21-year-old is confident the interchangeability of United’s attacking options can continue to create chances.

“It was a different role, throughout the whole squad we can change roles and positions and for the goal it was overload on one side so it worked.”