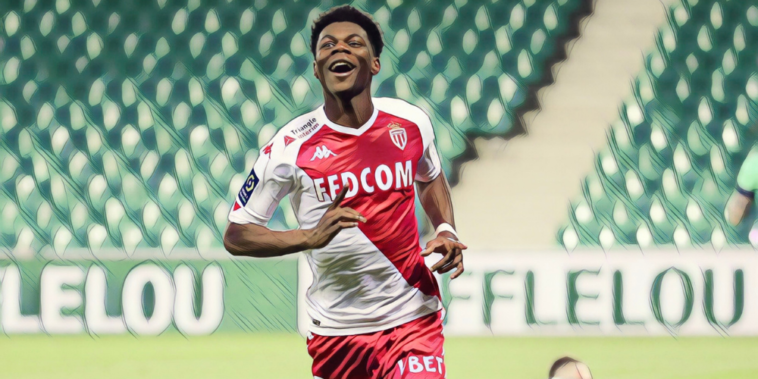 Manchester United are ‘not interested’ in signing Aurelien Tchouameni as the club continue to be linked with the signing of a new midfielder.

Tchouameni has been linked with a move to the Red Devils following a promising breakthrough season with Monaco last season, the 21-year-old named as Ligue 1’s Young Player of the Year for 2020/21.

The midfielder has previously been linked with Chelsea and Liverpool and is the latest name rumoured to be of interest to Ole Gunnar Solskjaer before the closure of the transfer window.

However, the MEN are reporting that Tchouameni is not a transfer target for the Red Devils at present, who will have seven midfielders in their first-team squad once Andreas Pereira completes an expected move to Flamengo.

Paul Pogba had been anticipated to leave during the current transfer window, though now looks set to stay with the club after Paris Saint-Germain completed the signing of Lionel Messi from Barcelona.

United‘s lack of an elite defensive midfielder has been a talking point in recent campaigns, with the duel-axis of Scott McTominay and Fred often attracting criticism.

Names such as Eduardo Camavinga and Leon Goretzka have been linked with Old Trafford this summer, though it remains to be seen whether the club enter the market for further reinforcements following the marquee arrivals of Jadon Sancho and Raphael Varane.