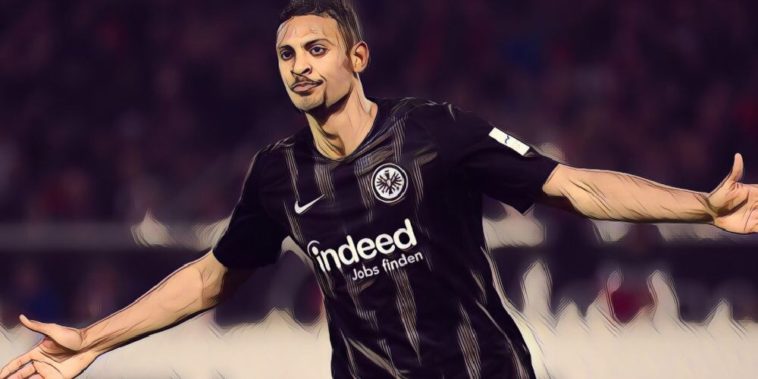 Manchester United are being linked with a move for Eintracht Frankfurt striker Sebastien Haller as a potential replacement for Romelu Lukaku.

Lukaku has been linked with an Old Trafford exit this summer having fallen out-of-favour under Ole Gunnar Solskjaer, with new Inter Milan boss Antonio Conte reportedly keen on a deal to take the Belgian to Serie A.

According to the Mail, Solskjaer is eyeing a move for Frankfurt forward Haller, after the Frenchman’s impressive season for the Bundesliga side.

Playing alongside Luka Jovic – who joined Real Madrid in a €65m deal this week – the 24-year-old scored 20 goals in all competitions as the Germans reached the Europa League semi-finals.

Capped by France at U21 level, the 6ft 3in target man would help replace the physical presence that would be missing should Lukaku depart for Italy.

Manchester United are likely to sign a new centre-forward this summer should Lukaku leave, and have also been linked with a move for Lyon’s Moussa Dembele.

The 22-year-old has enjoyed a superb first season at the French side since joining in a £19.7m deal from Celtic last summer, scoring 20 goals in all competitions.

Maradona reckons he is ‘the man’ to turnaround Manchester United fortunes