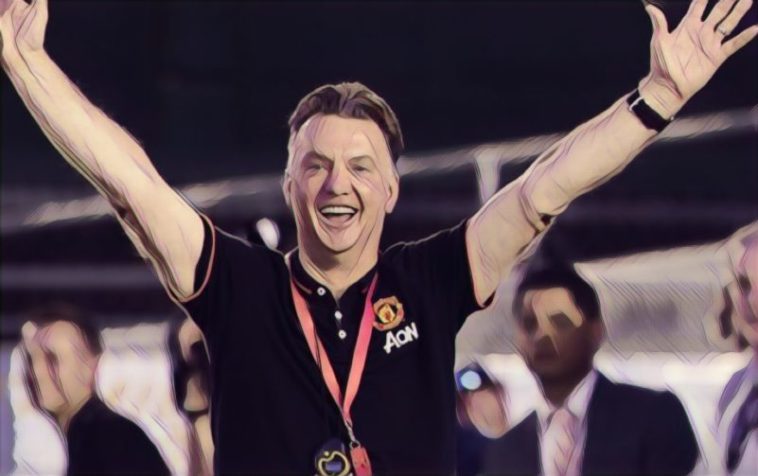 Louis Van Gaal is one of Europe’s most successful coaches of all time. However, there is no denying that the Dutchman is a bit of a head case.

Throughout his career the former Ajax, Barcelona, Bayern Munich and Manchester United manager has provided us with some pretty mental quotes.

“Congratulation on signing the best coach in the world.” When he was appointed Ajax coach in 1991.

“I have achieved more with Ajax in six years than Barcelona has in one hundred years.” Modesty is one of Louis’ strong points.

“The Bavarian attitude to life suits me perfectly. Why? Bayerns motto is Mia san mia, We are who we are and I am who I am: confident, arrogant, dominant, honest, hard-working and innovative.”

“Am I the one who’s so smart, or are you so stupid?” His response to a journalist.

“I’ve signed a contract with the Dutch national team until 2006, so I can win the World Cup not once but twice.” After taking over as Holland boss in 2000, he would resign after failing to qualify for the World Cup in 2002.

“Ive never worn leggings like Robben does. Im never cold because Im warm bloooded. My wife says so too. We always sleep spooning.”

“I have the body of a God. Lederhosen suits me. But I also have a belly.”

“Louis van Gaal has nothing more to learn.”

“I cry almost every day. Theres always something that touches me.” Louis’ deep.

“The most important difference is that I am training the players, not in the legs, but in the brain, in brain power,” On the footballing philosophy he loved to rattle on about.

”I don’t know. First I have to see how the players perform my philosophy and how quickly they can pick up my philosophy. Until then I cannot answer. It’s very important there is a click between the players and the managers.” After taking over as Man United boss.

“We didn’t have any money [at Ajax] and we were bankrupt, so I had to look to youth. We won everything with very attacking football. I don’t say it too much because otherwise Mr Scholes will be very angry!” His response to criticism from United legend Paul Scholes.

“That’s my philosophy, the players have to accept the captain – the first captain is Wayne Rooney, the second captain is Michael Carrick and last year the third captain was Mr Mike Smalling. Sorry, I mean Chris Smalling.”

“Hello. Hello. Hey. Pay attention to the manager. I have said to you that you are the best fans of the world but I was tonight a little bit disappointed. And I shall say why. I have seen a lady who plays the saxophone fantastically. Give her a big applause!” When he got pissed at the Man United Christmas party.

“Wayne Rooney has taken a lot of criticism this season. We don’t speak about Wayne Rooney, you have criticised him. I don’t – you! [pointing at Custis] You too, fat man!” To Sun Journalist Neil Custis

“I said to my players I was squeezing my ass, but it was the wrong expression. I have twitched my ass on the bench because we were out of balance.”