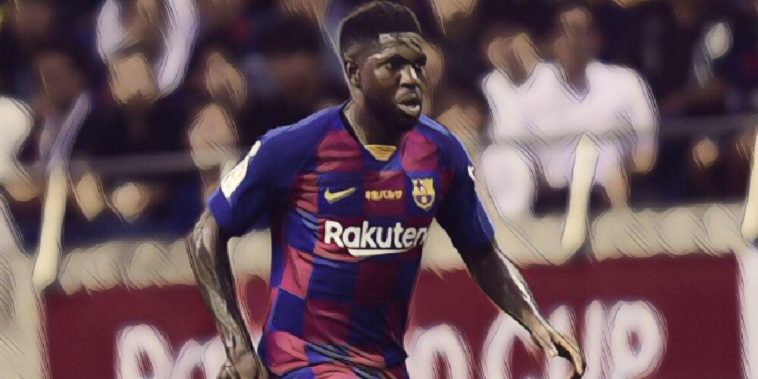 Manchester United are being linked with a move for Barcelona defender Samuel Umtiti as a potential alternative to Harry Maguire.

Ole Gunnar Solskjaer’s side had made Leicester defender Maguire their number one transfer target as the club look to strengthen their defensive options, but have so far been frustrated in their efforts to sign the England international.

Manchester United have already seen an opening bid rejected for the 26-year-old and with Leicester holding out for a world-record fee for a defender, the club could look at alternatives.

United have already been linked with Benfica’s Ruben Dias, and now, according to Le10sport, France international Umtiti is another player under consideration.

The 25-year-old could be allowed to leave the Nou Camp this summer as the Spanish giants look to raise funds for their pursuit of Brazil star Neymar.

Having been a first-choice since his arrival from Lyon in 2016, Umtiti lost his place in the Barca side last season as injuries and the presence of compatriot Clement Lenglet restricted him to just 13 La Liga appearances.

Barcelona would likely demand a fee of around €50m for the World Cup winning centre-back, which would be significantly less than Leicester’s valuation of Maguire.