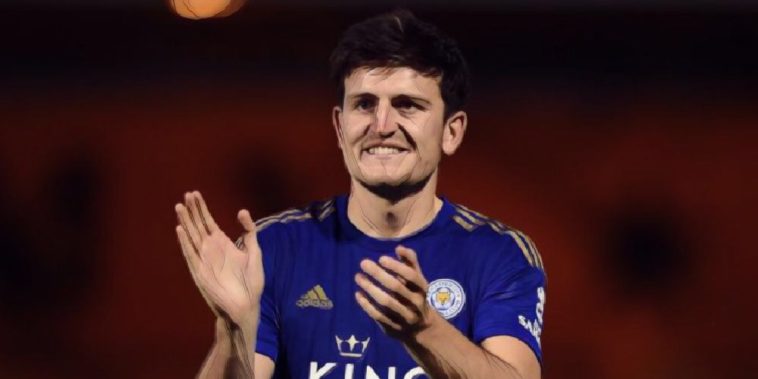 Harry Maguire is reported to be ‘increasingly concerned’ that Leicester’s valuation will end his hopes of a move to Manchester United.

The England international has been linked with a move to Old Trafford throughout the summer, with Ole Gunnar Solskjaer’s side having seen an initial offer for the defender rejected by the Foxes.

Leicester are under no pressure to sell the 26-year-old, who has four years remaining on his deal, and are demanding a world-record fee of around £90m, a fee Manchester United have so far been reluctant to match.

According to the Mirror, Maguire is now concerned Leicester’s asking price will end his hopes of joining United, who are believed to be only willing to go as high as £70m.

With just over a week remaining of the transfer window, time is running out for the two clubs to secure a deal and reports have emerged that United are considering alternatives.

Portuguese outlet O Jogo have claimed United have had a bid rejected for highly-rated Benfica defender Ruben Dias, who has attracted interest following an impressive season for the Lisbon side.

Having helped Benfica to the Portuguese title last season, Dias was part of the Portugal side who won the Nations League this summer, being named man of the match in their final win over the Netherlands.

United’s bid is believed to have fallen some way short of Benfica’s valuation of the 22-year-old, with Dias only likely to be allowed to leave should a club meet his €66m (£60.4m) release clause.