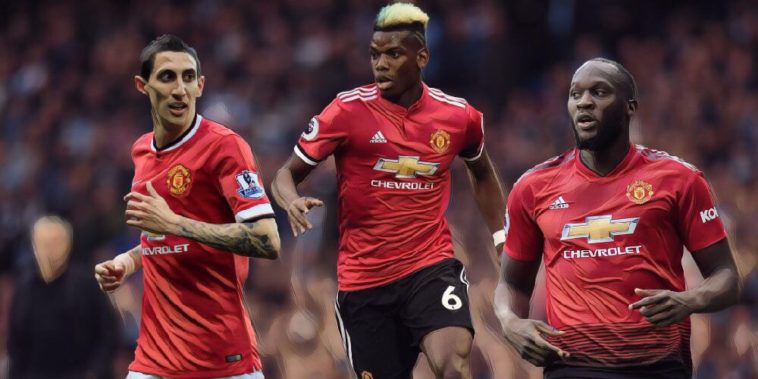 One of world football’s leading clubs, Manchester United have never been afraid of splashing the cash as they bid to compete for the game’s biggest honours.

Aaron Wan-Bissaka’s big-money summer arrival from Crystal Palace places him firmly in the list of the club’s most expensive ever signings, but just how have United’s other pricey purchases fared since their moves to Old Trafford?

We’ve decide to look back at the six most expensive deals in the club’s history, and rank United’s biggest ever buys…

Having helped rivals Chelsea to two Premier League titles, United splashed £40m to sign the Serbian international to add some much needed steel to their midfield.

Matic’s Old Trafford career began brightly, the holding midfielder impressing with his combative displays as a defensive screen as United finished runners-up to Manchester City in 2017/18.

From there, however, there has been a steep decline in Matic’s performances, the midfielder often looking leggy and being bypassed by more dynamic opponents.

Whether Matic just enjoyed a disappointing campaign last season or his best days are behind him remains to be seen, though the 30-year-old will have to improve on recent performances if he is to remain in Ole Gunnar Solskjaer’s plans.

The England U21 international earned a big-money move to Old Trafford after emerging as one of the Premier League’s most promising young defenders at Crystal Palace.

Wan-Bissaka’s mature performances defied his age, the 21-year-old being identified as the man to help solve United’s problems at full-back.

Quick, strong and difficult to beat one-versus-one, the highly-rated youngster has already impressed on the club’s pre-season tour and will hope moving to one of England’s leading clubs can further aid his development.

Having been named as Crystal Palace’s Player of the Year last season, the right-back looks ready for the step-up to the next level.

Ranking: Too early to decide

Manchester United were said to have beaten off competition from rivals Manchester City to secure the signing of the Brazilian international from Shakhtar Donetsk, though his impact has been minimal since his £52m arrival in the summer of 2018.

The 26-year-old made just 17 Premier League appearances in his debut season, scoring one goal, whilst his performances are yet to justify the club’s expensive outlay.

Throughout Premier League history the division has seen several foreign imports take time to settle before finding their feet in English football, and fans will hope Fred can improve and show why he was so highly-rated upon his arrival next season.

After the disaster of David Moyes’ tenure, United decided to make a statement in the summer of 2014 as they attempted to bounce back following a disappointing first season post-Sir Alex Ferguson.

The Argentine winger had just helped the Spanish giants to Champions League success, and his arrival caused great excitement amongst the club’s supporters.

Di Maria’s United career began brightly, a string of impressive performances and an audacious goal at Leicester demonstrating his pedigree.

That form, however, did not last. Speculation emerged that the player’s family had failed to settle in England, whilst a burglary at his home caused further unrest. Di Maria’s on-field performances dipped drastically, and by the end of the season he wanted out.

Just one season after his record arrival, Di Maria was sold to French side Paris Saint-Germain.

Having failed to make the grade at Chelsea, Belgian forward Lukaku established himself as one of the Premier League’s most potent forwards during a spell at Everton.

53 goals in 110 league appearances since his permanent switch to Goodison Park persuaded United to spend £75m to bring him to Old Trafford in 2017, where Lukaku has continued to find the back of the net with regularity.

His first season saw him fire 27 goals in all competitions as United finished as runners-up in the Premier League, though his second season saw him fall behind Marcus Rashford in the pecking order.

Whilst his goal record at the club is impressive, Lukaku’s style seems ill-suited to new manager Ole Gunnar Solskjaer’s intended plans. Just two seasons after his big-money arrival, the forward has been strongly tipped with an exit this summer.

Having left Old Trafford as a teenager in pursuit of first-team opportunities, Frenchman Paul Pogba returned to the club in a then world-record £89m deal in 2016.

Four seasons with Italian giants Juventus had delivered four consecutive Serie A titles, with Pogba having blossomed into one of Europe’s most promising midfield talents.

The lure of returning to United proved too strong and Pogba was the marquee signing as the Jose Mourinho era began, helping the club to League Cup and Europa League success in his first season.

The cup double proved to be a false dawn, as United have since struggled to challenge for major honours in a period of transition. Pogba’s own performances have been inconsistent, displays of brilliance mixed with a tendency to drift through games.

The 26-year-old remains an elite talent, though he will have to perform on a more regular basis if he is to be recognised as one of the world’s best.