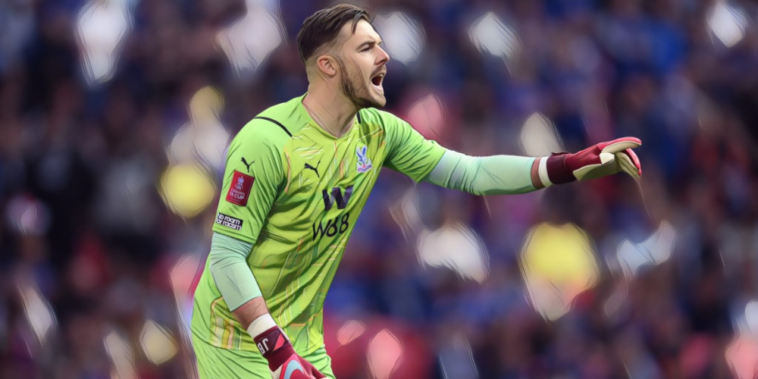 Manchester United are in talks to sign Jack Butland from Crystal Palace as the club look to secure cover for David de Gea.

The Red Devils are targeting a new number two goalkeeper after Martin Dubravka’s loan move from Newcastle was cut short this month and, according to the BBC, have opened negotiations with Crystal Palace over a deal for Butland.

The 29-year-old has not featured this season and is out of contract at the end of the season. Butland became the youngest goalkeeper to represent England when making his senior debut as a teenager and has won nine caps for the Three Lions, but has not appeared for the national side since 2018.

The goalkeeper has made just ten league appearances since signing for Crystal Palace from Stoke in a £1m deal in 2020.

Butland has dropped to third choice this season after the Eagles signed former Manchester United academy graduate Sam Johnstone on a free transfer from West Brom, with the three-cap England international competing with Vicente Guaita for a place in Patrick Vieira’s side.

Butland would add depth to the Red Devils’ goalkeeping options and would join De Gea and Tom Heaton as options for Erik ten Hag if a move is completed.