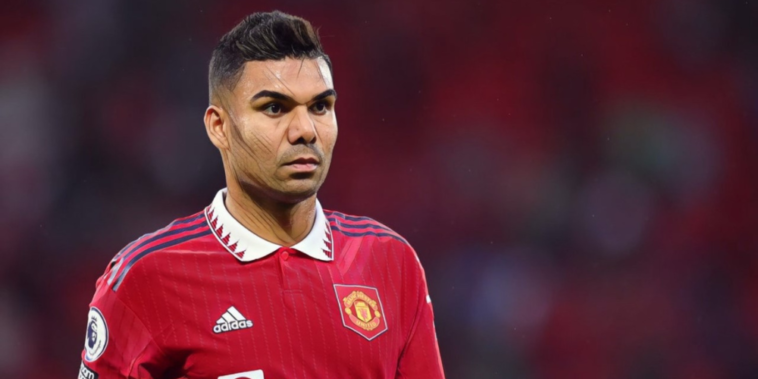 Those who anchor the engine room rarely receive the plaudits of their attacking accomplices, but undertake an under-appreciated role in bringing balance to the side.

The Premier League is currently home to some brilliant ball-winners and deep-lying fulcrums, each who specialise in the art of breaking up – and building – attacks from the base of the midfield.

Here are our rankings of the five best defensive midfielders in the Premier League right now.

Fabinho kicks off our list of the best defensive midfielders in the Premier League right now, having been a crucial cog in Liverpool’s successes of recent seasons.

In truth, the Brazil international has had a poor start to the current campaign but there have been encouraging signs in recent games, as Liverpool have won three consecutive league fixtures for the first time this season.

Great win away from home on our return to the PL! 🔙🔴 pic.twitter.com/87D7ywR2Jy

An excellent reader of the game, he has been the shield of the Reds’ backline and is so often in the right place at the right time to mop up danger. Liverpool’s best performances often come when Fabinho is on-song, snapping into challenges to help set the tempo for Jurgen Klopp’s style and provide cover for the club’s rampaging full-backs.

Brighton’s Moises Caicedo is unfortunate to miss out with his performances having attracted attention from England’s top clubs, as is Joao Palhinha after an excellent start to his Fulham career.

N’Golo Kante was ruled out given his absence from the Chelsea side this season, while the likes of Pierre Emile-Hojbjerg, Bruno Guimaraes and Granit Xhaka were not considered given the greater freedom in their roles.

Arsenal are the surprise leaders at the top of the Premier League table after a phenomenal start to the season under Mikel Arteta.

The Gunners are four points clear of Manchester City as we approach the new year, with Thomas Partey’s performances having been central to their success.

The Ghana international has overcome the fitness issues of past campaigns and has impressed in his anchor role, where his ball-winning ability has allowed Granit Xhaka to thrive in a role further forward.

The 29-year-old leads his teammates for tackles and interceptions per 90 minutes this season and his influence is exemplified in Arsenal’s record with and without him in the side.

Since his arrival at the club, the north Londoners have won 64% of their Premier League fixtures with Partey in the starting XI and just 47% when he is absent.

Declan Rice’s development has not gone unnoticed at the top clubs and there is expected to be a fierce battle for his signature when the time comes to leave West Ham.

That time might not be too far away, after Rice underlined his desire to compete in the Champions League during the World Cup break. An indispensable figure for club and country, he combines relentless ball-winning abilities with an improving impact in the final third.

A driving force at the heart of the Hammers’ side, his bursts forward have become an added feature of his game, having risen to prominence as a disruptor of opposition attacks. No midfielder has made more interceptions in the Premier League this season, while the England international also boasts the best tackle success rate.

There’s good reason the likes of Chelsea and Manchester United are firm admirers and a move to a Champions League side could take Rice’s game up another gear.

Manchester United‘s search for a midfield enforcer was ended last summer, as the club secured the signing of one of Europe’s most decorated destroyers.

The on-ball excellence of that duo perhaps hid the technical qualities of the more combative Casemiro to the casual viewer, but the Brazilian has demonstrated his multi-faceted talents since arriving in the Premier League.

From interception to assist, with @Casemiro 👌 pic.twitter.com/tr0iqAkyuO

After a period of adaptation, he has emerged as a leader in Erik ten Hag’s team as he has combined a tenacious desire to regain possession with an elegance on the ball. It’s taken some time, but the Red Devils now boast a midfield general the club can rely on.

Rodri has recovered from an underwhelming debut season at Manchester City to become the centre-piece of Pep Guardiola’s midfield, a talent whose attributes are perfectly suited to the demands of his coach.

The Spaniard’s success has been such that the transition from Fernandinho has been seamless, a fine compliment given the importance of the latter on City’s modern successes.

Rodri is the ideal combination of presence and playmaking at the base of the City midfield, a press-resistant talent who is comfortable off both feet and is not afraid to mix it when required. His passing range over short and long distance is superb, with no midfielder bettering his 91% pass accuracy in the Premier League this season.

Rodri's game by numbers vs. Leeds:

His first Premier League goal of the season. ⚽ pic.twitter.com/O9nRwXUQLo

Far from keeping it simple however, there’s purpose to his passing. He leads the division for touches and passes into the final third this season, while just two players have made more progressive passes.