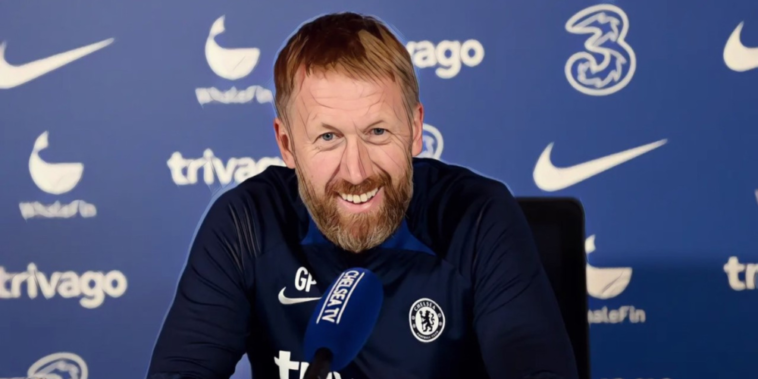 Graham Potter is confident that Chelsea can cause problems for Manchester City as his side prepare to face the Premier League champions.

Chelsea take on Pep Guardiola’s title-chasing side at Stamford Bridge on Thursday evening, as the west Londoners look to bounce back from a disappointing draw against Nottingham Forest last time out.

Potter’s side are tenth in the Premier League table after a poor start to the season, though the Chelsea boss is confident that his team has the attributes to trouble City. The visitors have won the last three meetings between the teams, but Potter has called on Stamford Bridge to create an atmosphere that unnerves the champions.

“We have to play well ourselves, that’s the key,” Potter told his pre-match press conference.

“You have to understand the quality that they have and try to stop it, which sounds simple when I articulate it now but obviously in reality it’s not so straightforward.

“They’re a top team but we can cause them a problem. We can be ourselves, try to play well and put them under pressure. We need to use Stamford Bridge and then see what happens.”

Chelsea have been active in the winter window having agreed a deal to sign David Datro Fofana from Molde, while the club are closing in on Monaco centre-back Benoit Badiashile.

The Blues are also in negotiations with Benfica over midfielder Enzo Fernandez, but Potter refused to be drawn on potential incomings this month.

“The problem is that if I answer it and I’m specific with the answer then every single player in that area will be linked with Chelsea so I have to dodge it,” he said when asked how his squad could be improved.

“I’m the head coach so my responsibility is to the players that are here and then we’ll try to improve in every window. January is a complicated one because it’s the middle of the season and in the meantime we have to deal with all the noise of Chelsea being linked with everybody.

“I won’t comment on anyone who isn’t a Chelsea player but always my job is to help the players that are here and then support the club in terms of decisions they make in trying to improve.”