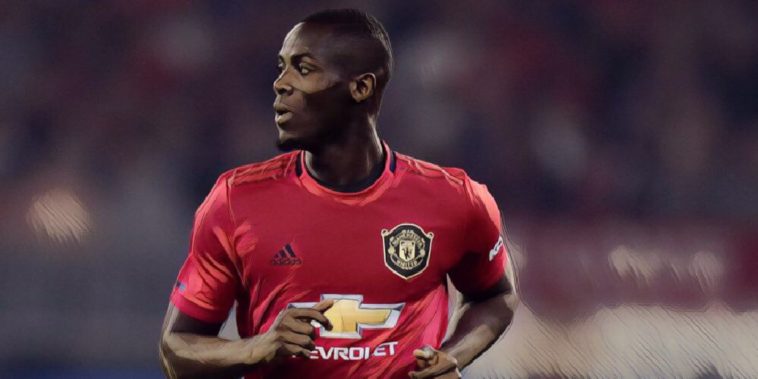 Manchester United defender Eric Bailly has been ruled out for four to five months after undergoing surgery on a knee injury.

The Ivory Coast international suffered the injury during Manchester United‘s 2-1 International Champions Cup victory over Tottenham last week, with the centre-back now set for yet another extended spell on the sidelines.

Bailly appeared to twist his knee during the fixture in Shanghai, and his injury is the latest in a series of problems for the 25-year-old.

The defender missed this summer’s African Cup of Nations with another knee problem and the former Villareal player has made just 25 Premier League appearances over the past two seasons.

Eric Bailly leaving the stadium on crutches with his left knee in a brace. Doesn’t look good. pic.twitter.com/HwBhvhoLXA

Ole Gunnar Solskjaer has now confirmed Bailly is likely to be out of action until Christmas, having successfully undergone surgery on the problem.

“He’s had an operation,” Solskjaer told MUTV following the 1-0 win over Kristiansund. “He’ll miss the best part of four or five months. Hopefully, we’ll get him back around about Christmas.

“It was positive news from the surgeon, he had the operation this morning. He was positive it was all repaired and that he’ll be fine.”

Bailly’s injury could see United step-up their pursuit of Harry Maguire, the club having been strongly linked with a move for the Leicester defender throughout the summer.

The club are reported to have seen an opening offer rejected for the England international, with Leicester demanding a world-record fee for the 26-year-old.