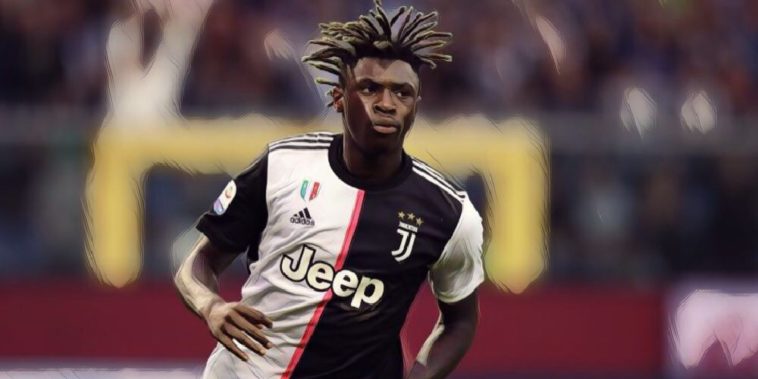 Moise Kean reportedly rejected a move to Arsenal in favour of Everton as the North London side could not guarantee the forward regular first-team football.

The Juventus star looks set to complete a £36m move to Merseyside this week after Everton agreed a fee with the Italian champions, though Arsenal made a late attempt to hijack the deal.

According to the Daily Mail, Arsenal boss Unai Emery made a late bid to take the 19-year-old to the Emirates, though with Pierre Emerick-Aubameyang and Alexandre Lacazette already established as the club’s first-choice forwards, Kean decided against the switch in favour of a move to Goodison Park.

Everton have been desperate to add to their forward options, having failed to adequately replace Romelu Lukaku since the Belgian’s £75m move to Manchester United in 2017.

Lukaku originally moved to Everton on a loan deal as a promising 20-year-old in 2013, before developing into one of the Premier League‘s leading forwards.

Everton hope the highly-rated Kean can develop in a similar way, with the teenager having impressed since his breakthrough at the Serie A side.

Despite reports to the contrary, Juventus will not have a buy-back clause inserted in the deal, though they will have first refusal on the player in the future.