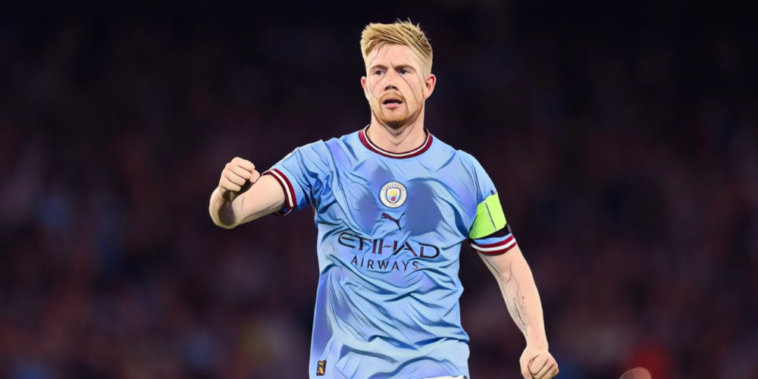 Manchester rivalries resume this weekend as Manchester City and Manchester United go head-to-head in a huge Premier League clash at the Etihad.

It’s Pep Guardiola vs Erik ten Hag and blue vs red, in what promises to be a fascinating showdown at Eastlands.

Here is all you need to know about this weekend’s Manchester derby,

Manchester City remain unbeaten in all competitions so far this season with the champions just a point behind Premier League leaders Arsenal.

Pep Guardiola’s side have won five and drawn two of their seven Premier League fixtures, while back-to-back wins have put City in pole position to secure progress to the Champions League’s knockout rounds.

Derby Day. It's on the horizon 🔵#ManCity pic.twitter.com/ucvPI7ZFSi

Erling Haaland has been the deciding factor on more than one occasion for City, having scored 14 goals in just ten appearances since his arrival from Borussia Dortmund. The Norwegian has failed to score in just one game for City this season and will be relishing the chance to make himself a hero on derby day this weekend.

City have been dealt a blow after John Stones picked up a hamstring problem on international duty with England, though Manuel Akanji – who scored his first international goal for Switzerland last week – will return relatively rested after being suspended for the Swiss’ second game of the break.

Erik ten Hag will hope the international break has not halted the momentum at Manchester United, who have bounced back from a nightmare start to show signs of progress.

United have won four consecutive Premier League games and five of their last six in all competitions, with the methods of the new manager beginning to shine through. Christian Eriksen has been in brilliant form for the Red Devils and excelled for Denmark during the international break.

United are also set to receive a boost with Marcus Rashford expected to return at the Etihad, having missed the Europa League games with Real Sociedad and FC Sheriff. Rashford has three goals and two assists in his last four Premier League games.

Manchester City outclassed their cross-town rivals in both Premier League meetings last season, including a dominant derby performance at the Etihad in March.

Kevin De Bruyne and Riyad Mahrez each scored twice as City thrashed the Red Devils to move six point clear at the top of the Premier League and retain control of the title race.

De Bruyne was at the heart of City’s performance and opened the scoring inside five minutes with his 50th Premier League goal, before restoring the lead after Jadon Sancho’s impressive equaliser.

Mahrez volleyed in a brilliant third after meeting a corner kick swung to the edge of the area, before the Algerian blasted a second through David de Gea to seal the win.

What channel is Man City vs Man United on?