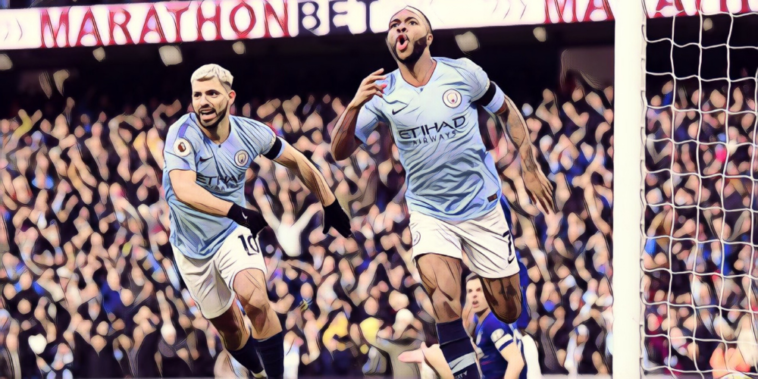 Manchester City and Chelsea will go head-to-head in the semi-finals of the FA Cup this weekend, a fascinating match-up between two teams who have regularly competed for English football’s biggest honours in recent seasons.

Over the course of the past decade, the two teams have shared six Premier League titles, three FA Cups and six League Cup trophies, an indication of the success enjoyed by two teams enjoying the most trophy-laden periods of their existence.

Whilst contests between the two have often been decided by the narrowest of margins, Manchester City will be hoping for a repeat of their six-goal thrashing of the west Londoners in February 2019.

Sergio Aguero equalled Alan Shearer’s record for most Premier League hat-tricks after scoring three times in a 6-0 dismantling of the Blues at the Etihad, with Raheem Sterling also scoring twice in an emphatic win for Pep Guardiola’s side.

The victory formed part of a 14-game winning run to seal a second successive league title and City will be hoping for more success this weekend as Guardiola’s team go in search of an unprecedented quadruple of major honours.

Ahead of this evening’s clash, we look back at City’s 6-0 demolition of Chelsea.