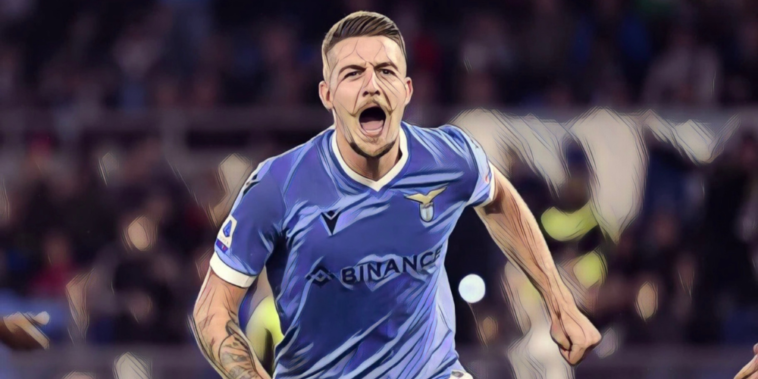 Manchester United have reportedly made contact with Lazio over a potential deal to sign Sergej Milinkovic-Savic as the club’s hunt for a midfielder continues.

Milinkovic-Savic has been regularly touted as a transfer target for Europe’s elite across his seven seasons at Lazio, with the Serbian established as one of the best midfielders in Serie A.

United have a long-standing interest in the 27-year-old and according to Foot Mercato are set to renew their interest following failed moves for Frenkie de Jong and Adrien Rabiot.

They say that no offer has been submitted as of yet, but enquiries are understood to have been made for Milinkovic-Savic who has seen Lazio president, Claudio Lotito, price him out of a move in past windows.

Last season the Serbia international scored 11 goals and provided 11 assists in Serie A for Lazio, with only Sassuolo’s Domenico Berardi having also registered double figures on both metrics in Italy’s top division.

United are also interested in an ambitious potential deal to sign Casemiro from Real Madrid. Reports this week have suggested the Red Devils are willing to offer the 30-year-old a huge deal to swap the European champions for the Premier League.