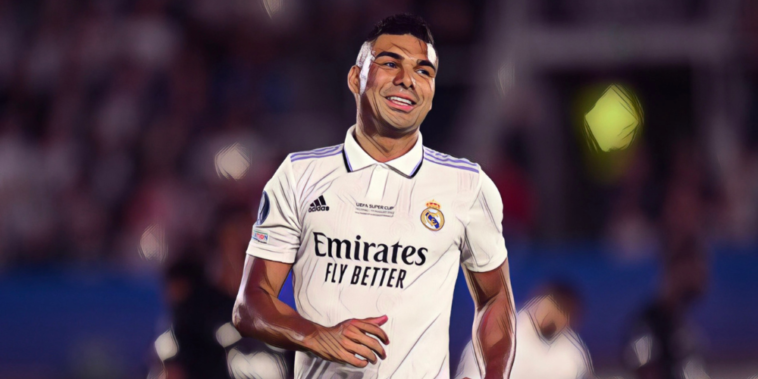 Manchester United believe Casemiro is more ‘attainable’ option than Frenkie de Jong as the club look to sign a midfielder before the deadline.

United have chased a deal to sign De Jong from Barcelona throughout the summer, but have been frustrated in their attempts so secure a deal. Despite agreeing an initial fee with the Spanish side, De Jong’s reluctance to join the Red Devils and complications over unpaid wages owed to the midfielder from the Catalan side have seen the situation reach an impasse.

Chelsea have also expressed an interest in signing De Jong this summer and have the added lure of Champions League football.

The Manchester Evening News are reporting that United have now turned their attention to Casemiro and believes the Real Madrid midfielder is a more attainable option.

The Brazil international formed part of Real Madrid’s Champions League-winning side last season and has won the competition five times during a decorated career at the Bernabeu.

However, the Spanish side have since strengthened their midfield options with the signing of Aurélien Tchouaméni from Monaco this summer. The France international has joined in an £85.3m deal, while Eduardo Camavinga, 19, is also expected to be handed increased minutes after an impressive debut campaign in Madrid last season.

Casemiro signed a new five-year contract with Real Madrid in 2021, but United will hope to tempt the European champions into a sale. The 30-year-old has made 336 appearances in all competitions for the club and has won 18 honours.

Regarded as one of world football’s leading defensive midfielders, he will also form part of Brazil’s squad at the World Cup later this year. He has earned 65 caps for the Selecao and has scored five goals.