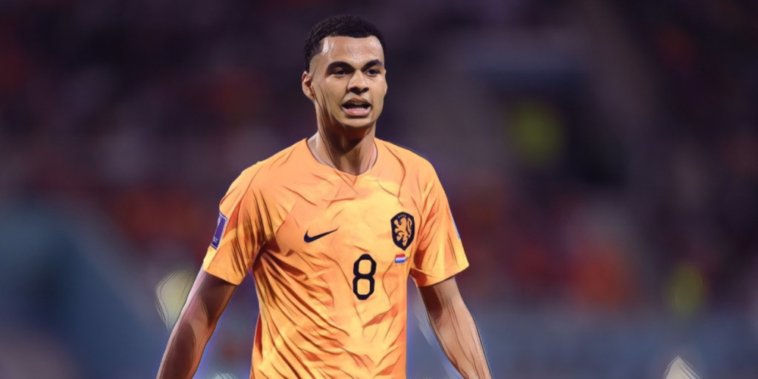 Manchester United are exploring a deal to sign Cody Gakpo from PSV Eindhoven, but the forward’s valuation is said to have doubled since their summer interest.

Gakpo has shone at the World Cup for the Netherlands this winter, scoring three goals, with the Dutch set to face Argentina in the quarter-finals on Friday evening.

United considered an approach for Gakpo during the summer transfer window, but a deal failed to materialise as the Red Devils focused their efforts on the signing of Antony from Ajax.

Cristiano Ronaldo’s exit has led to the club renewing their interest in the 23-year-old as Erik ten Hag looks to add goals to his forward line. Gakpo has been one of the most productive players in Europe so far this season, with 30 goal contributions in just 24 appearances for PSV.

According to the Times, PSV will demand a fee of around €50m for Gakpo – double his valuation from the summer. United spent a club-record £220m during last summer’s transfer window and had not intended to part with significant funds in January.

Gakpo’s current focus is on the World Cup, though he revealed that he held summer talks with Manchester United in October.

“I was close to leaving, I spoke to Erik ten Hag a few times at Manchester United,” he said.

He opened up on his future again this week, telling NRC that he had not yet had another approach from Old Trafford, but would ‘think about it’ should one arrive.

“I haven’t heard from Manchester United yet. When they come, I’ll think about it. I also seek the help of God in these decisions.”