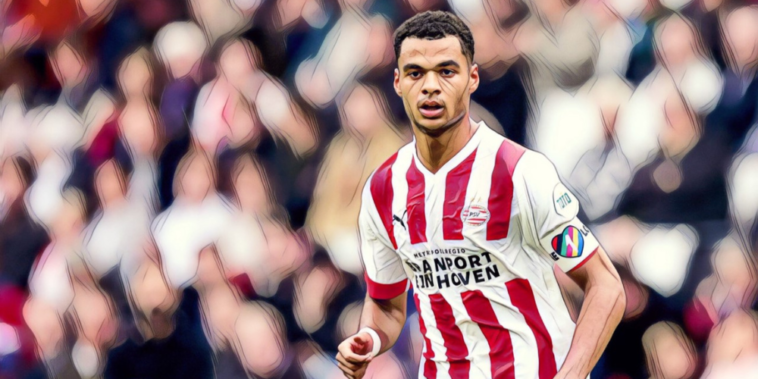 PSV’s Cody Gakpo has admitted he has studied Thierry Henry to improve his game and has revealed how close he came to signing for Manchester United during the summer.

Gakpo has emerged as one of the most exciting talents outside of Europe’s top five leagues and was named as Dutch Footballer of the Year in 2021/22 after scoring 21 goals in all competitions.

The 23-year-old has began the current campaign in electric form with 24 goal involvements in just 18 appearances for PSV. Gakpo has discussed his inspirations as a tall, goalscoring wide-man and admits he has studied Arsenal legend Henry in a bid to improve his game.

“I’m a tall winger, but when you look for tall wingers there aren’t so many, so a few years ago I started watching Henry,” Gakpo told the Times.

“He was more of a striker, but he was also tall and he liked to play off the side like me, so I watched clips of him and tried to learn something from him: the way he comes in from the left and shoots with his right. I don’t know if it’s working, but I tried to copy him a bit.”

Gakpo was linked with a move to the Premier League last summer with Manchester United, Leeds and Southampton all interested in a deal.

The Netherlands international has revealed he held talks with Erik ten Hag over a move to Old Trafford and confirmed how close he came to joining the club.

“I was close to leaving, I spoke to Erik ten Hag a few times at Manchester United,” he admitted.

“It ended about a week before the end of the transfer window and in that week I had to decide if I would go to Leeds or Southampton. In the end I stayed, but it was a stressful period.”

Gakpo insists the transfer talk has not impacted his focus and says he is content with focusing on success with his ‘childhood club’.

“I always said if I stay here, it’s my childhood club. It’s not a punishment,” he said. “I like being here, I want to win trophies here and do my best for the club. But if I got the chance to go to the Premier League or something, of course, I would have to consider that option.

“At that time it was hectic for me but I recovered pretty quickly.”