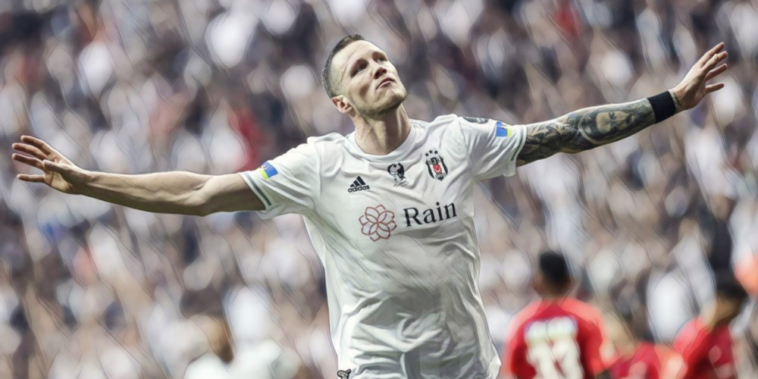 Manchester United are working with Burnley and Besiktas to find a solution and sign Wout Weghorst on loan.

United are interested in a deal to sign the forward, who is currently on loan at Besiktas from the Championship side.

Erik ten Hag wants to add a centre-forward to his squad and has targeted Weghorst as a cut-price options, with Fabrizio Romano reporting that the Red Devils ‘confident’ a deal can be agreed to bring the Netherlands international to Old Trafford on loan.

Weghorst signed for Besiktas on a season-long arrangement last summer following Burnley’s relegation to the second tier and has impressed in Turkey this season, where he has scored eight goals and laid on a further four assists in 16 league appearances.

The 30-year-old is keen on a return to the Premier League and has informed Besiktas of his desire to make a deal happen, while he appeared to wave goodbye to the club’s fans after scoring in Saturday’s 2-1 win over Kasimpasa.

Talks will continue as player has been very clear: he doesn’t want to miss this big chance, Erik ten Hag wants him. pic.twitter.com/vA665n7Fjq

He scored just twice in 17 appearances as Burnley were relegated last season, but arrived in England with a prolific record in the Bundesliga, having scored 59 goals in 118 league games across four seasons at Wolfsburg. Weghorst also scored twice at the World Cup this winter, after coming off the bench to net twice in the Netherlands’ quarter-final exit to Argentina.

Besiktas have released a statement on his future and have denied reports that there is €2.5m exit clause in the forward’s loan deal.

“Claims that there’s exit clause in Weghorst contract for €2.5m fee from Premier League clubs are completely fake,” a club statement read, “The decisions on Weghorst are only up to Besiktas. We will inform on more developments.”

Besiktas have been linked with re-signing Vincent Aboubakar as a replacement, with the forward in discussions to terminate his contract at Saudi side Al Nassr. Aboubakhar has had two previous spells at Besiktas and could complete a remarkable merry-go-round of transfers, with his expected exit from Al Nassr a result of Cristiano Ronaldo’s arrival from Manchester United.

Read – FA Cup Third Round Team of the Week