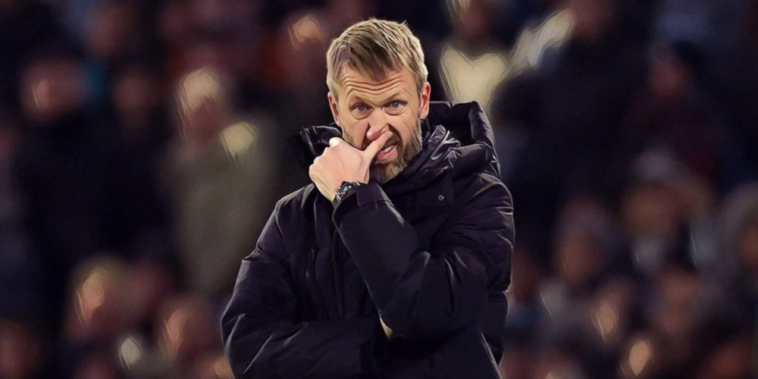 Frank Lebouef has called for changes at Chelsea and has accused the players of disrespect to the club.

Chelsea were thrashed 4-0 at Manchester City in the FA Cup’s third round on Sunday, a result which continued the club’s poor form under Graham Potter.

The west Londoners have now won just one of their past eight games in all competitions and are tenth in the Premier League table, ten points adrift of the top four.

The club’s former defender, Lebouef, has launched a scathing attack on the current squad and has called for Potter to make changes to address the Blues’ woeful form.

Lebouef called out the Chelsea players for showing ‘disrespect’ to the club and fans with their performances and said the squad are lacking ‘courage’ and ‘pride’.

“That’s not the club I know. You are so far away from being a champion of Europe.

“I’m very upset with what I see. I think it’s really disrespectful. They don’t do anything to at least make people proud. Fight! Go for it!

“I see players convinced of nothing and proving nothing. They showed disrespect toward the fans and Chelsea Football Club. I’m talking about so-called leaders, not the young players.”