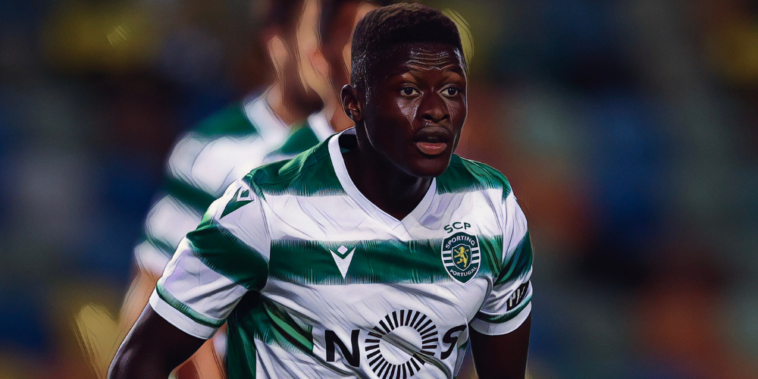 Manchester City are not interested in signing Sporting Lisbon full-back Nuno Mendes, despite speculation linking the Premier League champions with the teenager.

Mendes is regarded as the latest promising talent to come through the Sporting academy and has been linked with a move away from the capital club this summer, having secured a place in the Portugal squad for Euro 2020.

Manchester City had been linked with a move for the 19-year-old, with Portuguese outlet Record – [via Sport Witness] – reporting that the club had seen an offer of €25m rejected and that a new bid between €30-35m was being prepared for the teenager.

Left-back has been somewhat of a problem position for Pep Guardiola’s side with marquee arrival Benjamin Mendy having largely struggled amid injury problems, whilst Oleksandr Zinchenko has also featured on the left-hand side of the defence.

However, BBC journalist Simon Stone has insisted that City have ‘no interest’ in Mendes with club sources having denied an approach for the youngster.

There is no @ManCity interest in Nuno Mendes – and never has been.

City are yet to make any significant additions to their squad for the forthcoming season, despite links to the likes of Aston Villa captain Jack Grealish and Tottenham forward Harry Kane.

The champions have raised funds through a number of departures from fringe players however, the sales of Jack Harrison and Lukas Nmecha bringing in revenue, whilst a sell-on clause is set to be activated with Jadon Sancho’s impending transfer to Manchester United.