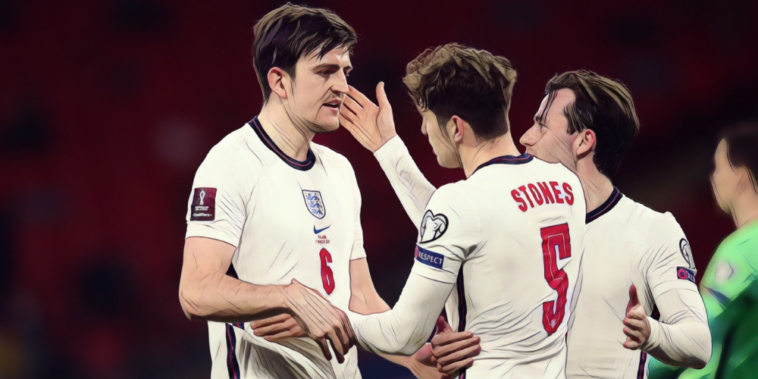 Harry Maguire has declared himself ‘available’ for England’s crucial clash with Scotland at Euro 2020 tomorrow.

Maguire has not featured since sustaining ankle ligament damage during Manchester United’s 3-1 win at Aston Villa on May 9, with the defender having faced a fight to prove his fitness ahead of this summer’s European Championship.

The centre-back missed the 1-0 win over Croatia in England’s opening fixture on Sunday, though has revealed he is ready to return as the Three Lions look to assure their place in the knockout stages against Scotland at Wembley.

“I feel good,” Maguire said. “I’m back available, I’ve been training and I’m looking forward to it. I’ve done a few sessions now and I feel like my fitness is there.”

Tyrone Mings deputised alongside John Stones at centre-back for the win over Croatia last weekend, though Maguire has now insisted he is ready to start tomorrow’s clash with Scotland if called upon by manager Gareth Southgate.

“Yeah, I’m available to the manager for selection,” he added. “I’m here as a player but also as a fan so I fully understand my position in the camp. Whatever happens I want England to win – that’s my main focus.”

Maguire praised the faith shown in him by Southgate in selecting him for the tournament despite his fitness issues, and says he may have to play through the pain barrier as he regains his match fitness and plays a part in England’s campaign.

“Gareth has shown great faith in me and that’s not just in this camp, it’s since I made my debut,” Maguire said. “I know Gareth trusts me and it gives me great confidence to come here and try and do as much as I can for him and, most importantly, for the country.

“I’m sure it will niggle me for a few weeks and months. I haven’t had an ankle injury before but, from speaking to players and physios, I’m sure it will be niggling. As long as it’s stable and the pain is bearable then I’m sure I’ll be fine.”

Maguire dismissed suggestions that he was returning from the problem too soon however, admitting playing through pain is a standard part of a footballer’s career and insists he is ‘ready to go’ if called upon.

“Throughout a career in football, if you didn’t play through pain you would probably spend more time on the sideline than you would on the football pitch,” he said.

“I have done it throughout my career and so has everyone else who plays week in, week out.

“As I haven’t had an ankle injury before, I couldn’t gauge the pain or stability. That is down to the physios and we do tests day in, day out. We firmly believe that it is in a good place stability-wise and that is the priority.

“With any injury you are coming back from … you haven’t played for so long, recurrences don’t very often happen but they can happen. The risk of playing and picking up an injury is just there when you play competitive football. But in terms of the ankle, I feel like it’s stable and I’m ready to go.”