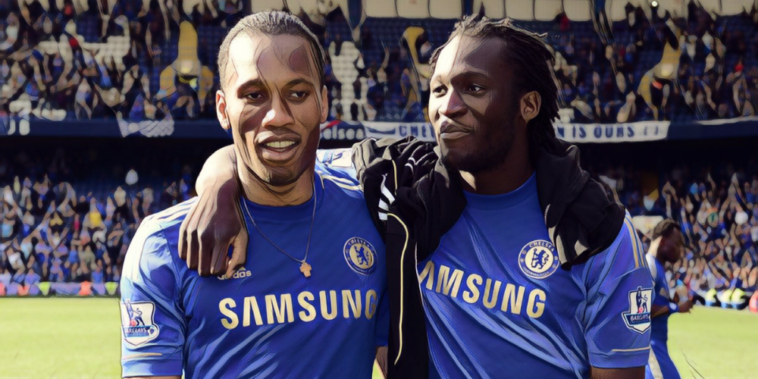 Romelu Lukaku has revealed his discussion with Didier Drogba following his return to Chelsea.

Lukaku signed for Chelsea as a teenager and saw comparisons made with club icon Drogba, with the experienced forward having kept a watchful eye over his teenage teammate during their sole season together at Stamford Bridge.

The Belgium international has previously spoken on the influence Drogba had on his early career as the youngster sought advice and guidance from Chelsea’s senior players, with Lukaku retaining a close relationship with the former forward.

Lukaku spent time on loan with West Brom, and Everton before joining the latter on a permanent basis in 2014, but has returned in a £97.5m club-record deal this summer following two prolific seasons at Inter Milan.

The 28-year-old has revealed he has been in contact with former teammate Drogba about his return to the Premier League and says the Ivorian has offered him advice ahead of his second Chelsea spell.

“He kept it really simple, to be honest,” he told a press conference. “He was really happy with the improvements I’ve made in the last couple of seasons but he’s always saying there’s more work to be done. That’s the right mindset.

“If you really want to achieve the maximum it’s all about improving week in, week out. The last two years has been good for me at club and international level and now I get the chance to join a team that’s hungry and ambitious. I can’t wait to help them and add something new to their playing style.”