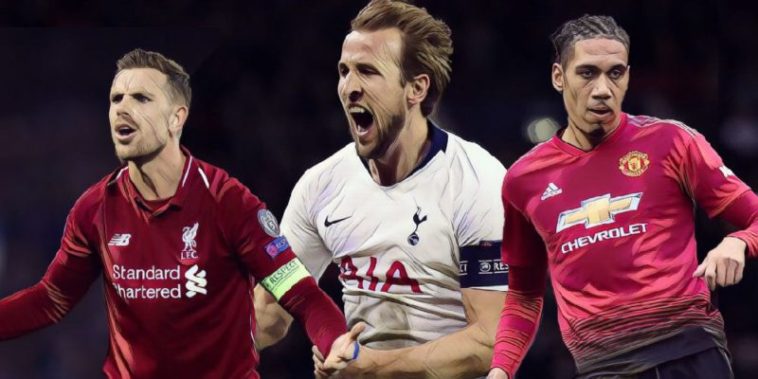 The ‘one-club man’ seems to be an ever-increasing rarity in modern football, with player’s possessing more power than ever to choose their footballing future.

That said, the Premier League still possesses some true servants, player’s who have given season after season of dedicated service to their respective clubs.

Here are the longest-serving players at each of the Premier League’s top six.

The French defender arrived at Arsenal in 2010, joining in a £10m deal which has proven to be somewhat of a bargain given the longevity of his stay at the Emirates.

A reliable performer for almost a decade for the North London club, Koscielny helped Arsenal to back-to-back FA Cup success in 2014 and 2015.

Named as club captain following Per Mertesacker’s retirement in 2018, the 33-year-old risks tarnishing his legacy at the club, having gone on strike in a bid to force a move to his native France this summer.

Affectionately nicknamed ‘Dave’ by Chelsea colleagues who couldn’t pronounce his surname, the £7m signing of Spanish full-back Azpilicueta has proven one of the best value additions of the Roman Abramovich-era at Stamford Bridge.

Ever-dependable, Azplicueta’s leadership, and versatility have made him a key figure in Chelsea’s recent success.

Since arriving from Marseille in 2012, Azpilicueta’s list of honours includes two Premier League titles, one FA Cup, one League Cup, and two Europa League titles, whilst the full-back has captained the side on numerous occasions.

A much-maligned figure in the past, Henderson’s Liverpool journey is one of the feel-good stories around Anfield.

Signed as a youngster for £20m from Sunderland in 2010, Henderson’s transition into a key figure at Liverpool has not been easy, with the England international having almost been sold to Fulham under Brendan Rodgers.

A dedicated professional, Henderson’s hard-work and determination to succeed shone through, being appointed captain following the departure of club legend Steven Gerrard.

Famed for his relentless work-rate, Henderson’s loyalty was rewarded as he became the fifth Liverpool captain to lift the European Cup, the Reds beating Tottenham in May’s Champions League final to be crowned champions of Europe for the sixth time.

One of the Premier League’s all-time greats and arguably the greatest player in Manchester City’s history, few players have contributed more to City’s rise from mediocrity to the elite of English football.

Signed from Valencia for £24m in 2010, Silva has evolved from a talented wide player into a central creative fulcrum, the Spaniard becoming the heartbeat of four title-winning sides at the Etihad.

Idolised on the blue side of Manchester, at 33 Silva continues to exert his influence on Pep Guardiola’s current all-conquering side and is likely to captain the side going forward following the departure of Vincent Kompany.

City have enjoyed the best years of Silva’s career, and it has been quite some career.

There may be some Manchester United fans who question quite how Chris Smalling is the club’s longest-serving player, though the defender is approaching a decade at Old Trafford.

For all his critics, players simply do not play at Man United for that amount of time without having some quality.

Having risen from non-league, Smalling was signed from Fulham in 2010 in the hope he could prove the long-term replacement for Rio Ferdinand.

That hasn’t quite worked out, though Smalling’s medal haul at United includes two Premier League titles, one FA Cup, one League Cup, and a Europa League.

About to begin his 10th season with the club, Smalling has proven to be a regular under five different United managers.

Tottenham’s longest-serving player had to navigate his way through loan spells in the lower leagues before establishing himself in the first-team, having first been promoted to senior football in 2009.

After a slow start to his club career, Kane’s rise was sharp, eventually becoming one of Europe’s most feared forwards and captaining England to the World Cup semi-finals.

Few anticipated Kane would reach the heights he has as a youngster, with mixed loan periods at clubs such as Leyton Orient, Millwall, Norwich City, and Leicester before getting his break under Mauricio Pochettino.

Kane seized his opportunity, winning back-to-back Premier League Golden Boots in 2016 and 2017. His current Spurs record stands at 164 goals in 253 appearances, a total which is surely set to rise in the seasons to come.