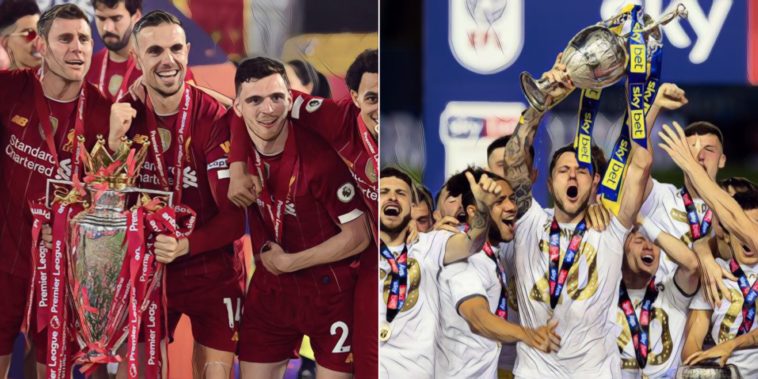 Liverpool will begin the defence of their Premier League title with a home clash against newly-promoted Leeds United at Anfield when the new season kicks off on September 12.

The Premier League champions welcome Leeds to Merseyside in an intriguing opening day fixture, the latter returning to the top flight following a 16-year absence after winning the Championship last season.

Elsewhere fellow promoted side Fulham face a difficult London derby at home to Arsenal, whilst West Bromwich Albion will host Leicester in their first fixture since returning to the Premier League.

Manchester City and Manchester United should face Aston Villa at home and Burnley away respectively in their opening fixtures of the new season, though both clashes have been postponed to give the club’s additional recovery time following the conclusion of their European campaigns, meaning City will kick off their campaign against Wolves while United will host Palace on the weekend of September 19.

Champions Liverpool and runners-up Manchester City are once expected to fiercely contest the title, with the first meeting between the two sides scheduled for November 7 at the Etihad, with the return at Anfield being played on February 2.

The first meeting between last season’s top four will come in the Premier League’s second round of fixtures as Liverpool travel to Stamford Bridge to play Chelsea, whilst the season’s Manchester derby fixtures are scheduled for December 12 at Old Trafford and March 6 at the Etihad respectively.

I hadn't realised just quite how desperate Newcastle fans were to have a Medieval despot own them.https://t.co/QGwT1Lyqnl

Leeds’ return to the Premier League also means the return of the Pennines derby as the Yorkshire side resume their fierce rivalry with the Red Devils, travelling to Manchester United on December 19 and hosting the return fixture on April 24.

The season’s north London clashes between Arsenal and Tottenham are scheduled for December 5 and March 13 respectively, the first of which will take place at the Tottenham Hotspur Stadium.

The Premier League’s final day fixtures include an exciting clash between Wolves and Manchester United at Molineux, whilst Leicester host Tottenham at the King Power Stadium.

Of course, all of the dates are subject to change to suit TV scheduling, while all of Septembers games will take place behind closed doors, the government currently aiming to allow fans to return to stadia on October 1st.