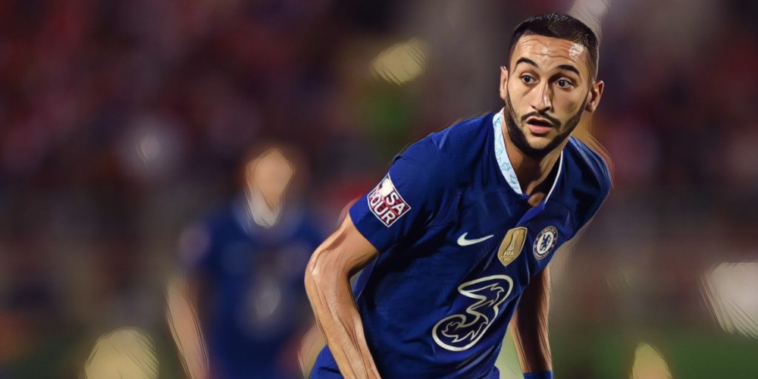 AC Milan are set to make a move to sign Hakim Ziyech and Armando Broja from Chelsea in January.

Milan have a long-standing interest in Ziyech and are ready to reignite their interest in the winger, who has struggled for regular opportunities at Chelsea this season.

The 29-year-old has started just one Premier League fixture and has totalled just 148 minutes, having failed to demonstrate his best form on a consistent basis since a £33.3m move from Ajax in 2020.

The Evening Standard are reporting that Milan will make an approach for the Moroccan in January, proposing an initial six-month loan deal with an option to purchase next summer.

Chelsea and Milan have conducted regular business in recent windows, with Olivier Giroud, Fikayo Tomori and Tiémoué Bakayoko among those to have moved between the two clubs.

Milan are also interested in a deal to sign Broja, though the forward is reluctant to leave Chelsea after signing a new long-term deal in September.

The 21-year-old has made just two league starts so far this season however, following his return from an impressive loan spell at Southampton in 2021/22.