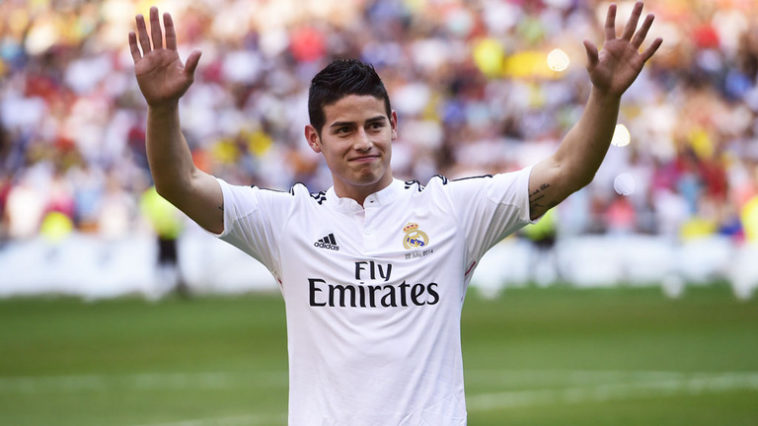 James Rodriguez is looking increasingly likely to leave Real Madrid this summer. Liverpool are amongst a host of top European clubs interested in the Colombian.

The Daily Star as well as a number of Spanish publications are reporting that James Rodriguez is on the verge of leaving Real Madrid. Liverpool are one of a number of high profile clubs that have been offered the Colombian.

It is believed that Liverpool are one of the front runners for the forward’s signature but face competition from across Europe. Manchester United & City, Juventus, Inter Milan and PSG are all reportedly interested.

Last month Football Faithful reported that Manchester United were put off by Real’s £52m asking price. However it appears that United have chosen to splash the cash on Romelu Lukaku instead.

Jürgen Klopp is apparently willing to meet Real Madrid’s new asking price of £66m as he looks to improve the quality in his squad.

Concern is mounting at Liverpool following complications in their pursuit of Virgil van Dijk and Naby Keita. If Liverpool are able to pull off the signing of James Rodriguez it would be a sign of intent that would put some fans’ worry at ease.