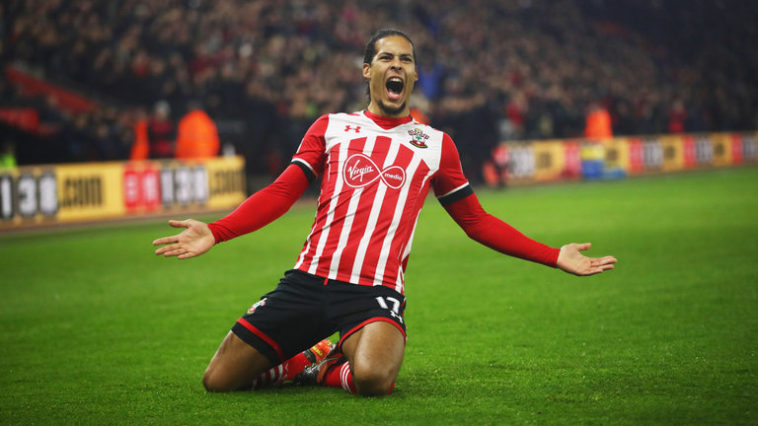 The Virgil van Dijk transfer saga continues as Liverpool, Chelsea and Man City are dealt blow in chase for the Southampton centre back.

According to Sky Sports, new Southampton boss Mauricio Pellegrino has been assured that no top players will leave the club this summer. That includes Virgil van Dijk and Cedric Soares.

Earlier this summer Liverpool were believed to be close to agreeing a deal for van Dijk but an alleged ‘tapping up’ of the player ended their interest. Liverpool even went as far as to apologise to Southampton after the Saints reported Liverpool to the Premier League.

“None of those players are for sale. I can’t make it any plainer than that.”

Southampton were reportedly demanding £70m for van Dijk but the appointment of Pellegrino has changed their outlook. It is now believed that none of Southampton’s top players will be leaving. Liverpool were leading the race for van Dijk but Chelsea and Man City were not far behind.

Cedric Soares was also rumoured to be on the way out with Everton, Spurs and even Barcelona all interested in the right back. However that deal now looks off as well.

“None of those players are for sale. I can’t make it any plainer than that and that’s the way we mean to go forward.”

“We built this squad over some time and think we have a strong squad. We will fine-tune it but, other than that, we are looking forward to a very competitive season next year and we plan to go forward on that basis.”

“There may be players that go on the basis it is the right thing for them and the club at that given time, but we don’t expect that to be wholesale and this is simply doing sound business in the transfer window.”

“We track players over years and when the new manager comes in like Mauricio, we take him through that process. He’d done his homework on our squad and we don’t believe we need to turn over players every year just to freshen things up.”

“We’ve got a strong squad now and it would be about adding players bringing more value and power. It’s not broken so there is no need to bring in players just because of fashion or to get people excited in the transfer market.”

Who should Arsenal, Man City and Chelsea target now? Is van Dijk worth £70m? Leave your comments below.