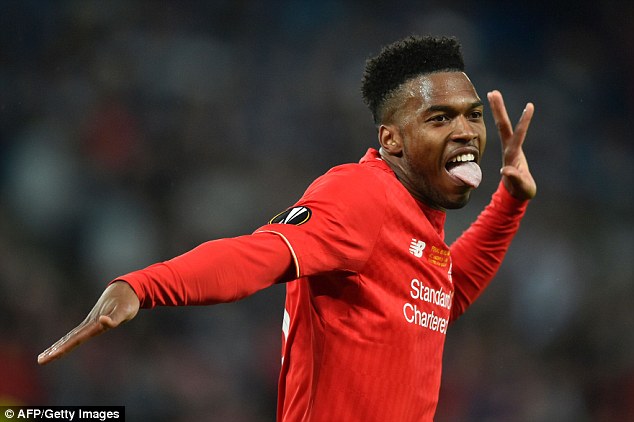 Some big names are expected to depart Anfield this summer. Jürgen Klopp may be set for record spending and he’ll need to offload players to finance moves for key targets.

The last time Liverpool was in a continental competition they had to sacrifice their league campaign. Players such as Sheyi Ojo, Kevin Stewart and Connor Randall became regular starters to improve Liverpool’s Europa League hopes.

With Liverpool in the most stable position they’ve been in for years mass departures may seem unnecessary. However if they are to take a step forward then the squad may need something of an overhaul.

Many of Liverpool’s fringe players are not up to the standard needed to improve the club going forward. With their current squad it is difficult to see how they could possibly compete in multiple competitions. Whilst many players will need to be signed, Klopp will have to brutally end many of the players’ Liverpool dreams.

Last summer Klopp demonstrated he is not prepared to carry passengers in his team. A refreshing change for Liverpool fans compared to some players Rodgers, Dalglish and Hodgson were happy to keep around. The likes of Jordon Ibe, Joe Allen, Martin Skrtel and Christian Benteke were just some of the players deemed not good enough for Klopp’s squad.

So for Liverpool to improve their squad over the summer expect to see many popular names depart. Overall the squad size is expected to be a similar size to this season. However there will be many more players that Klopp will trust and use more regularly.

After becoming a real fan favourite, Sturridge’s time at Liverpool may be about to come to an end. Despite impressing against West Ham recently, it seems Klopp may finally have lost patience with his injury problems. Go back to the summer of 2014 and Sturridge was probably worth around £40m but after a few injury plagued seasons this valuation has halved.

A turbulent few months at Liverpool caused by a doping scandal ruined Sakho’s Liverpool career. After being outcast by Klopp he eventually agreed a loan move away to Crystal Palace. A string of impressive performances for Crystal Palace has done Sakho and Liverpool a favour. His performances have significantly increased the interest in him and therefore increased his valuation by around £10m.

A fantastic servant to Liverpool, Lucas’ 10 year stay at Liverpool looks to be coming to an end. Under Klopp Lucas has featured as a centre back and defensive midfielder, operating as useful cover. However with the club looking to improve at centre back and Henderson & Can able to play defensive midfield his opportunities would be limited at Liverpool were he to sign a new contract.

Under Brendan Rodgers Markovic was only really given one season to prove his worth. During which time he mainly played as a wing back which did him no favours.

After loans away at Fenerbahce, Sporting and Hull he is expected to move permanently this time. Despite getting relegated with Hull he finally started to show why Liverpool spent £20m on him. However his development hasn’t gone as well as hoped and Liverpool will be looking to recoup as much as they can for him.

Losing his place to James Milner was a bitter blow for Moreno and there seems no way back for him. Considering how attacking Klopp likes his full backs to play Moreno seems the perfect fit.

A lack of maturity though appears to let him down though giving the manager little faith in his defensive capabilities.

A vast array of players that are far from being in the first team are expected to leave. Ragnar Klavan may be the most surprising name here but he has not impressed in his short time at the club. Danny Ward on the other hand has impressed on loan at Huddersfield. However it is difficult to see him ahead of Karius or Mignolet in the pecking order. Meanwhile Wisdom, Flanagan, Randall, Stewart and Bogdan have all been given their time to impress and neither has taken it.

Liverpool are predicted to have a record spending summer. With £100m expected to be recouped in player sales the owners are preparing to allow an additional £50m-£100m to spend. Klopp is expected to target key players to improve the quality of his squad. The likes of Virgil Van Dijk, Alexandre Lacazette, Demarai Gray, Rafinha and Luan have all been linked with a move to Anfield.