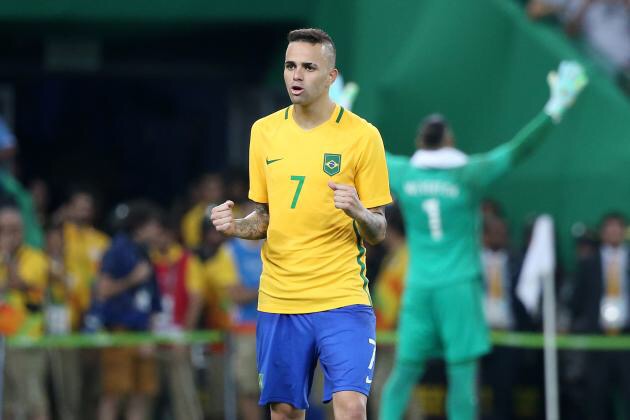 Liverpool are closing in on a £26million deal to sign the ‘new Ronaldinho’ according to reports.

The Daily Mirror claim that Jurgen Klopp is close to completing a deal for Gremio striker, Luan.

The 24-year old Brazilian rejected a new deal with his current club last month, forcing them to discuss a potential departure for the club with several European clubs

Liverpool have been interested in signing Luan for over 12 months, and with his contract rejection, Jurgen Klopp could finally get his man this summer.

The article claims that the players advisors flew to London last month to discuss terms with the Anfield club.

There are a number of other clubs interested in the player, but Liverpool are believed to be heading the queue of clubs. Champions League qualification would pretty much seal the deal.

Should Luan move to Liverpool, he will not be a stranger to some of the Premier Leagues top players. Luan was involved in the Brazilian team that won Olympic gold in Rio alongside Man City’s Gabriel Jesus. He would also be able to team up with fellow Brazilians Roberto Firmino and Philippe Coutinho.