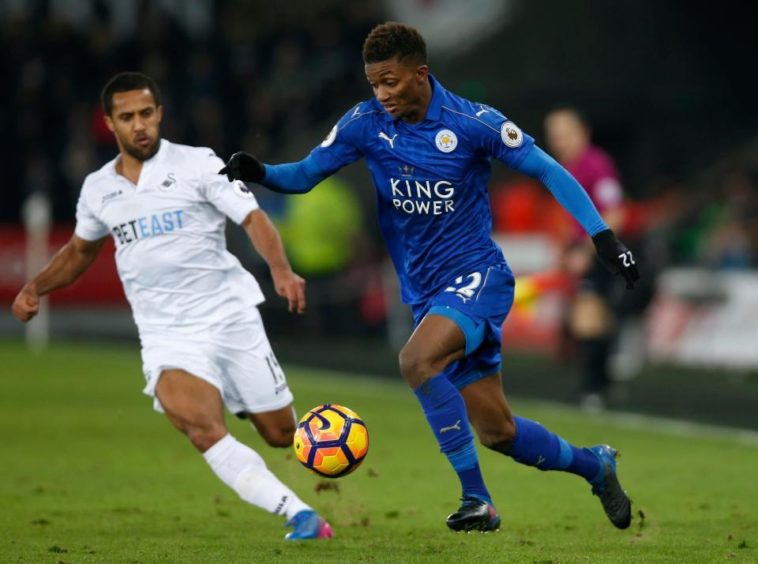 There is to be a three way transfer battle at the top of the table this summer as Liverpool, Everton and Tottenham all track Leicester City’s Demerai Gray. That is according to reports this morning.

The Daily Mail claim that the three Premier League clubs, all in the top seven places in the table, are all tracking the exciting winger.

Gray arrived at Leicester City in a £3.7million move two years ago from Championship club Birmingham City, and was involved in the Foxes fairy tale Premier League title win in his debut campaign last season.

He made 14 appearances under Claudio Ranieri last season and has gone on to make a further 31 appearances this season. However, he has only completed a 90 minute match once this season.

Since Craig Shakespeare’s replaced Ranieri as manager at Leicester, Gray has often found himself coming off the bench as an impact substitute. With Riyad Mahrez and Marc Albrighton as his preferred wide players, the 22-year old has grown frustrated at his lack of opportunities at the club.

After a 2-0 win over Sunderland in April, Gray said;

“I have been frustrated, like every player would, we all think we should be playing when we’re not.

“I’ve got to respect the manager’s decision and hopefully I can keep myself in the team. I’ve had to wait until now, I’ve just got to do my stuff when I get the chance.

“It is not a nice feeling when you are not selected, but that’s how it goes. When I’ve had to come off the bench I’ve tried my best to impact the team.

“I’ve got good people around me so I just have to keep working hard in training.”

He reportedly has a £22million buyout clause in his contract at the King Power Stadium, something which has attracted the attention of some of the Leagues big hitters.

Mauricio Pochettino, Jurgen Klopp and Ronald Koeman have shown themselves to be not afraid of putting their faith in young exciting players, and Gray could indeed fit that bill this summer.

Where would Demerai Gray be suited the most? Should he move to Spurs, Liverpool or Everton, or should he stay and fight for his place at Leicester City? Leave us a comment below.