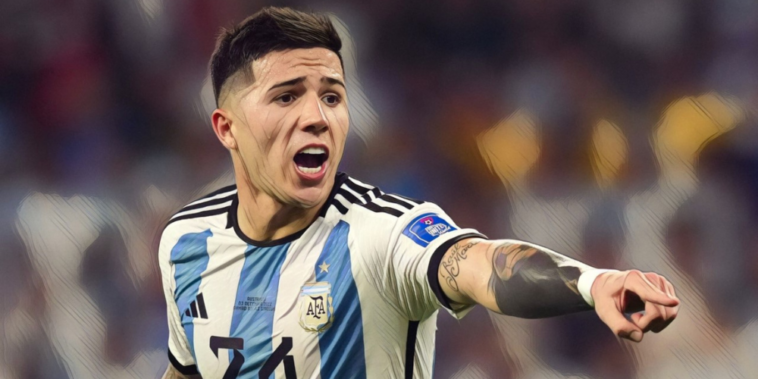 Liverpool are reportedly ‘prepared to match any offer’ from rivals clubs to sign Enzo Fernandez from Benfica.

Fernandez has starred during Argentina’s run to the World Cup final and is among the contenders to win the tournament’s Best Young Player Award, following a run of impressive performances in Qatar.

The midfielder began the tournament on the bench, before scoring in the crucial group stage win over Mexico and has since retained his place in the side for the knockout stages.

His performances have not gone unnoticed and the Mirror are reporting that Liverpool have reached a pre-agreement with Benfica to sign the 21-year-old.

According to the report, the Reds are prepared to match any offer from rival clubs for the Argentine as Jurgen Klopp looks to overhaul his midfield next summer.

Fernandez only signed for Benfica in a €18m deal from River Plate last summer, but has settled quickly in European football with a number of stand-out showings in Portugal.

Liverpool are chasing a deal for Fernandez alongside the club’s pursuit of Jude Bellingham, raising the prospect of two big-money arrivals at Anfield next summer.

Reports this month have suggested that Liverpool are leading the chase for the England international, ahead of Manchester City, Chelsea, and Real Madrid.

Liverpool could be set to lose a number of midfielders at the end of the season, with Alex Oxlade-Chamberlain, James Milner and Naby Keita all out of contract.