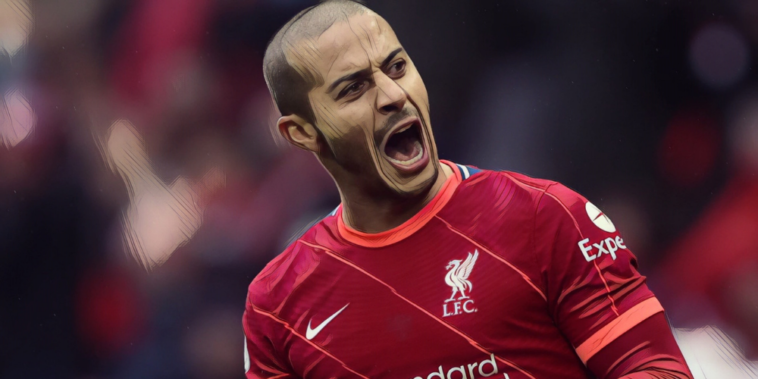 Thiago Alcantara says he is ‘not concerned’ by transfer rumours amid speculation linking the Liverpool midfielder with a return to Barcelona.

Thiago has been linked with a return to his former side following the appointment of Xavi at the Camp Nou, having endured a frustrating time since signing for Liverpool from Bayern Munich, with a series of injury issues hindering his impact.

The 30-year-old has returned to the side in recent weeks and has now moved to address the speculation surrounding his future, refuting suggestions of an Anfield exit and insisting his focus is on achieving success with Jurgen Klopp’s side this season.

Speaking ahead of Liverpool’s clash with Porto in the Champions League this evening, the Spain international reiterated his commitment to the club and spoke of his ambition to win silverware with Liverpool.

“As I always have been, I am a guy who plays football – I am not concerned about the rumours,” Thiago said at a press conference.

“I’m focused on the duty I have with my team and the years I have in contract with my team.

“I just want to know about this new adventure that I have here in the Premier League and try to win all the trophies I can. And my commitment is maximum with this team.”