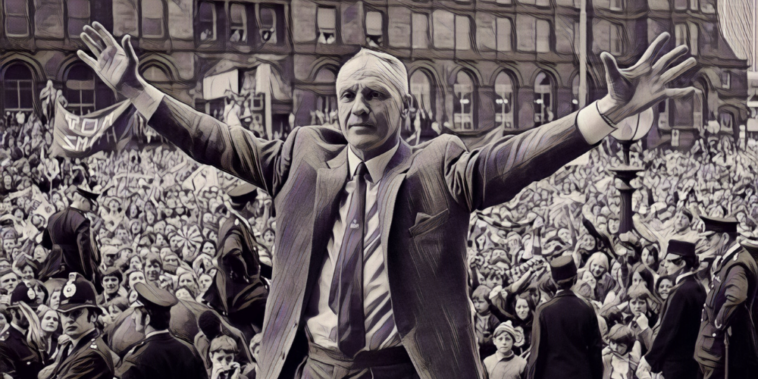 Jurgen Klopp celebrated a milestone moment following Liverpool’s 2-0 win over Atletico Madrid this week, with the German winning his 200th game in charge of the Merseyside club.

Klopp has established himself as arguably the Reds’ greatest modern manager after winning the Champions League and Premier League during his time at Anfield, the latter triumph ending a three decade wait for a top-flight league title.

Following his latest landmark, we look at the five Liverpool managers to have won the most games.

Liverpool’s win against Atletico Madrid on Wednesday night saw Klopp celebrate his 200th win in charge of the club, ranking the current coach fifth amongst the Reds’ managers with the most victories.

Klopp arrived at Anfield as Brendan Rodgers’ successor in October 2015 and has since transformed the club’s fortunes, turning Liverpool into regular contenders for the game’s biggest prizes.

After several seasons of steady improvement, he won his first trophy after lifting the Champions League during the 2018/19 campaign, beating Tottenham in an all-Premier League final in Madrid.

That season also saw Liverpool narrowly miss out on the Premier League title after achieving a club-record of 97 points, though the Reds’ disappointment was short-lived as that figure was eclipsed and a first title since 1990 was secured the following season.

Klopp has been responsible for two of the highest four points totals in Premier League history, in addition to twice reaching the Champions League final during his time in English football.

Klopp’s next target will be overhauling club legend Kenny Dalglish in fourth, who amassed 222 victories across two separate spells in charge.

Dalglish became player-manager of Liverpool in 1985 after the resignation of Joe Fagan, winning a league and FA Cup double during a memorable debut season, with Dalglish scoring the winning goal to beat Chelsea and secure the championship on the final day of the season.

He rebuilt the side in the late eighties with the arrivals of Peter Beardsley, John Barnes and John Aldridge, a side which lost just twice in 1987/88 campaign on the way to another league title.

After agonisingly missing out on a third title in succession on the final day against Arsenal a season later, Dalglish made it three titles in just four seasons in 1990 before resigning from his position in February 1991.

After spells with Blackburn – where he won the 1995 Premier League – and Newcastle United, he returned to Liverpool in January 2011 and spent a further 18 months in charge, winning the League Cup in 2012.

It’s incredible to think that Bob Paisley was first reluctant to step into the Liverpool manager’s role, handed the unenviable task of succeeding the great Bill Shankly having already spent 35 years with the Reds as both a player and member of the backroom staff.

Paisley spent nine seasons as manager and departed as the most successful English coach of all time, having won 20 trophies across those nine campaigns including three European Cup successes – a feat since only matched by Carlo Ancelotti and Zinedine Zidane.

ON THIS DAY: In 1974, Liverpool appointed Bob Paisley as their manager.

The most successful English football manager of all-time. pic.twitter.com/Q6nv61cRgH

Six league titles, three League Cups and the UEFA Cup were also added to a burgeoning cabinet, as Paisley won 307 of his 535 fixtures in a legendary career on Merseyside.

Paisley was responsible for the recruitment of names such as Kenny Dalglish – whose 139 goals scored were the most of any player under Paisley’s management – Graeme Souness, Alan Hansen and Ian Rush, turning Liverpool into the dominant force both in England and Europe.

He retired following the conclusion of the 1982/93 season, bring an end to a 44-year association with Liverpool in various capacities.

The longest-serving manager in Liverpool’s history having reigned for 19 years and 742 games, Tom Watson was a vital figure in the early years of the Reds’ storied history.

Already a notable name in English football after contributing to the founding of Newcastle United, before winning three league titles after leading Sunderland into the Football League.

He moved to Liverpool in 1896 and spent almost two decades in charge, securing each of the Reds’ first two league titles after championship successes in 1901 and 1906, whilst his first game in charge saw the club swap to their now traditional red shirts, having previously worn blue and white.

Watson also became the first man to win league titles with two different clubs and he remains one of just four men to have achieved the feat, alongside Herbert Chapman, Brian Clough and Kenny Dalglish.

Bill Shankly holds the record for most wins by a Liverpool manager, the catalyst behind the club’s emergence as a force overseeing 407 wins during an iconic Anfield tenure.

Shankly’s vision helped turn Liverpool into the dominant team in English football, laying the foundations – including his notorious Boot Room and revolutionising the training ground – for successors Paisley, Fagan and Dalglish to bring in unprecedented silverware success.

On this day 40 years ago, the legendary Bill Shankly passed away.

His legacy will last forever. pic.twitter.com/Kcu7lodiRK

The Scot took charge of a Liverpool side that had been struggling in the second tier for five seasons, before overseeing a transformation that culminated in three top-flight league titles, two FA Cup successes – including the Reds’ first in 1965 – and a UEFA Cup trophy.

From charismatic utterances that have lasted the test of time, to his ability to find lower league gems and turn hungry young players into bona fide stars, Shankly revolutionised Liverpool and his legacy lives on in the fabric of the club.