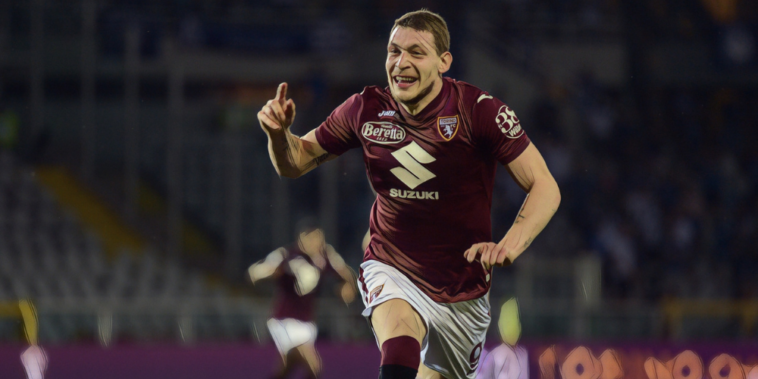 The January transfer window is now open, with the winter providing an opportunity for sides to strengthen their options or look ahead to the summer market.

The turn of the new year also allows prospective free agents to negotiate pre-contract agreements with foreign sides and there’s a whole host of notable names currently set to be available for nothing next summer.

Kylian Mbappe headlines the list of players approaching the expiry of his current contract, but with the Paris Saint-Germain forward seemingly Real Madrid-bound and fellow marquee names such as Paulo Dybala likely to renew, we’ve decided to look at the most exciting, viable options for Premier League teams.

Franck Kessie has been regularly linked with the Premier League since the midfielder’s contract talks with AC Milan stalled, the likes of Manchester United, Liverpool and Tottenham having all been linked with the Ivory Coast international.

Kessie has been a vital player for the Rossoneri in recent seasons and finished behind only Zlatan Ibrahimovic as Milan’s leading scorer last season, the box-to-box midfielder having scored 13 league goals – 11 of which came from the penalty spot.

The 24-year-old is a complete midfield presence, equally comfortable screening the backline as he is charging forward dynamically to influence proceedings in the final third.

Kessie has the drive and physicality to thrive in Premier League engine rooms and has been strongly linked with becoming Antonio Conte’s first addition at Spurs.

His loss will be a major blow to a rebuilding Milan side, who saw both Gianluigi Donnarumma and Hakan Calhanoglu depart on free transfers last summer and also have club captain Alessio Romagnoli approaching the end of his deal.

Andrea Belotti is another high-profile Serie A star facing an uncertain future at present, the Torino captain having failed to agree extension terms on a deal that expires in 2022.

Belotti has remained loyal to Torino despite interest from elsewhere in recent seasons, reaching double figures for league goals in six successive seasons for the Italian side.

The 27-year-old formed part of Italy’s victorious squad at Euro 2020 and has scored 12 goals in 41 appearances at international level, the forward a name who will appeal to any Premier League side in search of firepower.

Belotti’s powerful frame and renowned work-rate could add a new dimension to the forward lines of interested suitors, with Inter Milan, Arsenal and Spurs all linked in recent weeks for a player who may look to depart Turin in search of elusive silverware.

Niklas Sule’s contract situation at Bayern Munich has reached an impasse, with it becoming increasingly likely that the centre-back will leave the Bundesliga champions.

Having worked to renew the contracts of Joshua Kimmich and Leon Goretzka, the lack of progress over Sule’s deal is perhaps the clearest indication that the Germany international will be departing the Allianz Arena in the coming months.

Sule has made 155 appearances and won 13 trophies since signing for Bayern from Hoffenheim, though the towering 26-year-old could now seek a new challenge and has been linked with a move to join Chelsea’s contingent of German players.

Reports have also indicated Sule would be interested in the project at Newcastle – should the Magpies remain in the Premier League this season – a deal that would represent a significant coup for the ambitious, billionaire-backed Magpies.

Marseille are in danger of losing one of Ligue 1’s brightest prospects next summer, having failed to agree a new contract with promising midfielder Boubacar Kamara.

The 22-year-old has impressed since emerging from the club’s youth system and has established himself as a central figure in the side, impressing with both his ball retention and ball-winning abilities.

Kamara presses with intensity and is rarely flustered when under pressure, acting as a deep-lying midfield pivot with the technical attributes to progress the ball further forward.

The midfielder ranked amongst Ligue 1’s leaders for tackles and tackles won in 2020/21 and at 22 has room for further improvement should he make a high-profile departure from The Stade Vélodrome.

Manchester United have been credited as admirers as Ralf Rangnick prepares to strengthen his squad next month, whilst Barcelona are also monitoring his situation as the cash-strapped Catalans seek cost-efficient methods of strengthening.

Matthias Ginter’s future appears to be away from Borussia Monchengladbach and there will likely be a long queue of suitors for the centre-back, who has quietly been amongst the Bundesliga’s most underrated defenders in recent campaigns.

The 27-year-old was amongst the youngest members of Germany’s 2014 World Cup-winning squad and has since earned 46 caps for the national side, whilst he has become a central figure in a Monchengladbach side that qualified for the Champions League last season.

Ginter is predominantly a centre-back but has featured at right-back for club and country, whilst he is comfortable in possession and ranked fourth in the Bundesliga for progressive passes in 2020/21.

Liverpool and Jurgen Klopp – who signed Ginter for Borussia Dortmund in 2014 – have previously been credited as admirers, whilst Bayern Munich are believed to be considering the defender as a potential replacement for the aforementioned Sule, alongside Chelsea’s Antonio Rudiger.

Monchengladbach are also in danger of losing Denis Zakaria on a free transfer with a host of Premier League clubs having been linked with the Switzerland midfielder.

Sardar Azmoun last summer revealed that Tottenham were interested in his signing, listing the north London side alongside the likes of Lyon, Roma and Bayer Leverkusen as interested suitors.

Azmoun has attracted interest following his prolific form for Zenit Saint Petersburg, having scored 52 goals in 79 league appearances across the past four seasons for the Russian side – winning three league titles.

Named as the Russian Premier League’s Player of the Season in 2020/21, the Iranian forward also has 39 goals in just 60 caps at international level and looks set to start a scramble for his services in the winter window.

Recent reports have suggested that Zenit could allow Azmoun to leave for a cut-price fee in the January transfer window in order to recoup a fee, with suggestions a figure of around €8m could be enough to secure the signing of the 26-year-old.

Lyon are believed to be leading the race, but Newcastle are understood to be hopeful of hijacking a deal as the Magpies look to bolster their attacking options.

Read – Six January signings that could save Newcastle’s season