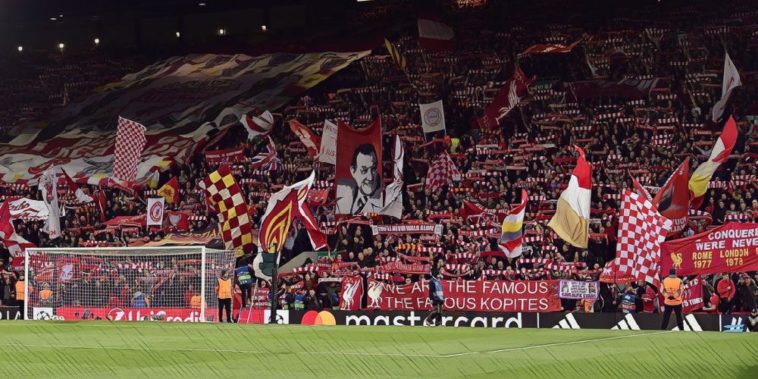 Jurgen Klopp admits he is ‘excited’ by the potential return of safe standing in English football.

Safe standing is set to be trialled at Premier League grounds next year with pilot schemes to be introduced from as early as January, with several top-flight clubs having expressed an interest in introducing safe-standing sections.

Rail seating has already been installed at several Premier League venues – including Old Trafford, Anfield, The Etihad and Stamford Bridge – during the summer, to improve safety in areas of the grounds known for persistent standing.

England’s top two divisions have played in front of all-seater stadiums since 1994, following advice published in the wake of the 1989 Hillsborough disaster, in which 97 Liverpool fans lost their lives.

Klopp – who of course managed at Borussia Dortmund where safe standing is commonplace – has discussed the potential changes and believes the change could lead to improve atmospheres at Premier League grounds.

“Things had to be reconsidered so now after quite a long time it’s a good moment to start thinking about how can we get back to where we were,” he told his pre-match press conference ahead of Liverpool’s clash with Brentford.

“I’m sure people are now responsible enough now to test it in the right way. The stadiums are completely different to a time when really sad, sad things happened. The construction is different, all these kind of things.

“I like the idea, but I’m really excited about how much better the atmosphere could be at Anfield if we had safe standing. I would be really surprised if it could be even better but I’m open for that so lets see.”