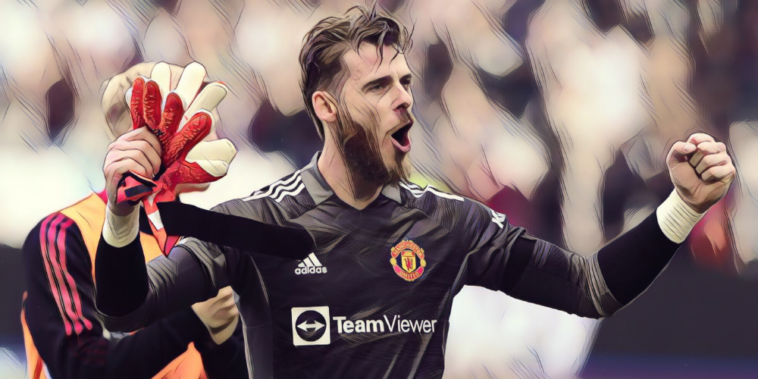 United are third in the Premier League after five fixtures, level on points with league leaders Chelsea ahead of this weekend’s clash against Aston Villa at Old Trafford.

Optimism has increased around the club following an impressive summer of transfer recruitment, headlined by the signing of Ronaldo from Juventus, alongside the exciting additions of Raphael Varane and Jadon Sancho.

“We signed good players [in the summer] and we already had a good squad,” De Gea told Sky Sports.

“We are there at the top of the league fighting for every game, of course it is hard, it is the best league in the world.

“I think there are top teams fighting for the league, like always in the Premier League. So let’s see what happens, be focused on the next games and just prepare properly and put everything on the pitch and in training.”

De Gea spoke further on the return of Ronaldo to the Premier League, with the five-time Ballon d’Or winner having already scored four goals in three appearances across all competitions.

The Spaniard admits it is ‘amazing’ to have Ronaldo back at the club and believes the forward’s renown dedication will have a huge impact on the rest of the squad.

“I think that the impact is already there,” he added. “It’s amazing to have him back at home.

“He’s already a legend in the club, so I think for the players, for the young lads, for everyone, he’s a great guy to see every day how he works in the gym, how he treats himself, how he takes care of his body, and of himself.

“He is an amazing player and it’s great to see him here every day working hard and helping the team.