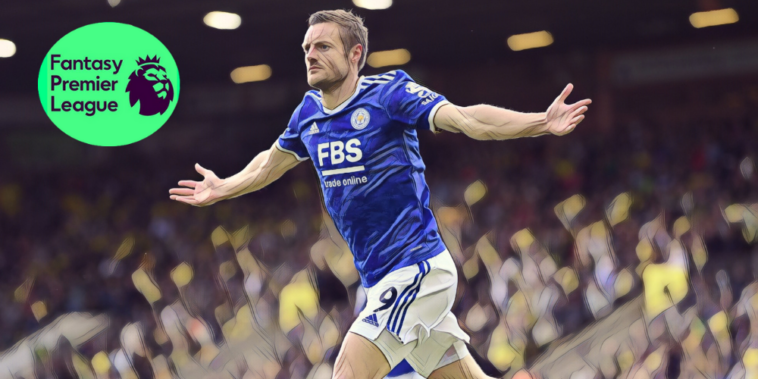 This weekend sees some huge clashes in the Premier League with the small matter of league leaders Chelsea facing defending champions Manchester City, whilst Sunday’s fixtures brings us a North London derby between Arsenal and Tottenham at the Emirates.

The obvious answer has been the right one for much of the season so far, but is gameweek six the right opportunity for a differential captaincy selection?

Here are four of the best FPL captains in gameweek six.

We’ll start with the premium (and slightly obvious) answers with Liverpool’s Mohamed Salah, who will be hoping to continue his strong start to the season as the Reds travel to face Brentford on Saturday evening.

The Bees have adapted well to the Premier League since promotion and have kept three clean sheets from their five fixtures, but the visit of Liverpool will see Thomas Frank’s side face off against one of the division’s elite for the first time.

Salah has been outstanding across the first five gameweeks for Liverpool and boasts a brilliant record against newly-promoted teams, having been directly involved in 22 goals in just 24 starts against promoted teams since signing for Liverpool.

SCOUT: Mo Salah (£12.5m) moves to the top of the #FPL player standings with his third double-figure haul of the season. His tally of 5️⃣0️⃣ points is the most he's had after five GWs 🙌#LIVCRY pic.twitter.com/eUn9j55TFE

That includes a 17-point haul against Norwich in gameweek one, one of three double-digit scores the Egyptian has already posted this season.

Sadio Mane – owned by only 2.8% of FPL managers – shapes as a differential selection, with no player in the Premier League having registered more than his 25 shots so far this season.

Again, another name you should expect to see feature regularly in our FPL captains preview, it’s impossible to overlook Ronaldo’s quick-fire start since returning to Manchester United.

Those who dared to doubt the 36-year-old are looking increasingly more foolish after four goals in just three appearances across all competitions for the Red Devils, the five-time Ballon d’Or winner as clinical as ever around goal.

SCOUT: A Gameweek-high seven shots for Cristiano Ronaldo (£12.6m) all of them from inside the penalty area

Despite playing just two matches, the Portuguese has been presented with five big chances, only Mane and Antonio (six) have had more gilt-edged opportunities#FPL #WHUMUN pic.twitter.com/3zKOld9R6H

Having been rested for the midweek Carabao Cup exit to West Ham, the Portugal captain will be raring to go as Aston Villa make the trip to Old Trafford this weekend.

Michail Antonio is back this weekend after missing last weekend’s defeat to Manchester United through suspension, with even a red card and missed fixture not enough to dethrone the West Ham star as FPL’s leading forward so far.

Antonio has started the season in sensational form with four goals and four assists for the Hammers, with a trip to Leeds promising a goal-laden clash this weekend.

Antonio can capitalise on Leeds’ defensive frailties, with Marcelo Bielsa’s side possessing the worst statistics in the Premier League for Shots conceded in the Box (62) and Shots on Target conceded (35).

West Ham have some of the better attacking statistics in the lead with only Liverpool and both Manchester clubs bettering the Hammers for shots in the box, shots on target and xG – the data pointing towards a clash with potential for goals at both ends of the pitch at Elland Road.

Jamie Vardy has quite quietly flown under the radar as the second-highest scoring forward in FPL so far this season, having amassed three goals and an assist from his five fixtures so far.

The 34-year-old has been somewhat overlooked given the success of the mid-price forwards so far, his ownership standing at just 11.4% and his valuation having dropped to £10.4m.

However, Vardy has one of the best fixtures this weekend as Leicester face Burnley at home, the visitors possessing some of the worst defensive statistics in the division so far.

Sean Dyche’s side have conceded nine goals (17th) and 55 shots inside the box (17th), an area where Vardy can thrive if provided with the right service this weekend.

Leicester have failed to find the form of last season during the current campaign to date, but this weekend’s visit of the Clarets to the King Power can help ignite their season.