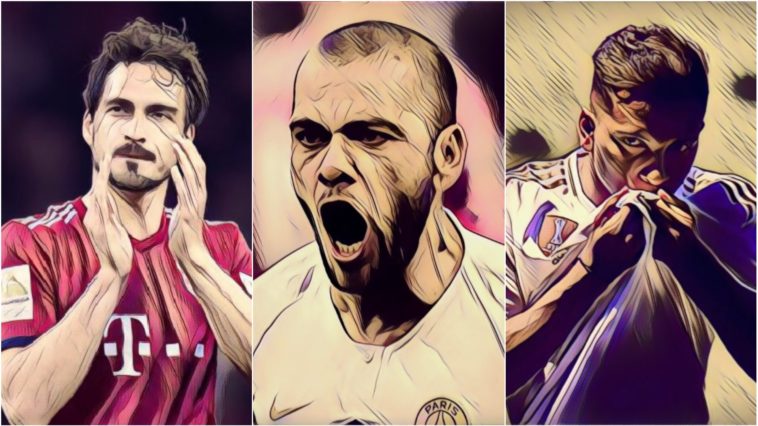 A Liverpool player reunites with Steven Gerrard at Rangers, Real Madrid spend even more money, Mats Hummels returns to Borussia Dortmund and Dani Alves is a free agent after being released by PSG.

Since last week’s column, the transfer spend in the 2019 summer window broke the billion barrier. There has been a massive £1.27bn (€1.34bn) spent on players thus far, although it is a still a good bit off last year’s final total of £4bn.

Real Madrid have yet again been at the forefront of the market, snapping up a new forward to add to their array of attacking talent. With so many new players in their ranks though, it begs the question: what does this mean for Christian Eriksen and Paul Pogba?

Both men are eager to leave Spurs and Manchester United respectively, with Madrid touted as the likeliest destination earlier this year. With so much money already spent, do they have the means to afford one or both midfielders? Where does Financial Fair Play come into this? Do they even need either player at this stage?

Real have a number of unwanted talents, such as James Rodriguez and Gareth Bale, that they could use as makeweights in any potential deal, but that might not be enough for either English outfit to relinquish them. In the meantime, Juventus have emerged as the favourites to sign the Frenchman for a second time, while Eriksen could be left with egg on his face after very publicly trying to court the attention of the 13-time European champions.

What happens now? Come to this column next week and we might have an answer for you.

The biggest football transfers of the week:

This deal was actually completed last summer, but Real Madrid could not register the player until he turned 18. With the Spanish club wary of breaking Fifa’s rules on signing minors, the delay in Rodrygo’s arrival at the Estadio de Bernabeu has likely aided his development.

The 18 year old now has 80 senior appearances under his belt, having scored 17 goals across the last two seasons. The former Santos forward is two-footed and loves cutting in from wide positions.

The tricky winger joined Liverpool as a 14 year old, but despite being touted as a gifted player from early on, he has yet to break into the senior team and has only made eight senior appearances for the Reds.

Ojo has been sent out on loan four times in the past four years, with his most successful coming two seasons ago when he played a relatively minor role in Fulham’s promotion to the Premier League, scoring four goals in 22 appearances. Will joining up with former Liverpool academy manager Steven Gerrard give his career the lift-off it desperately needs at this juncture?

We are set to do this dance until the end of time. Mats Hummels began his career in Bayern Munich’s academy before he move to Borussia Dortmund and won a couple of Bundesliga titles. He then returned to Munich to win the league three more times, but is now back in Dortmund ahead of next season.

Transfer fees for the German centre-back now total in the region of £68m (€70m) and Borussia will be looking to the one-time World Cup winner to bolster their defence, especially as it — and their title hopes — collapsed in the run-in to last season. It is a lot of money to be spending on a 30 year old defender, though.

A victim of circumstance, Nikola Vlasic was signed by Everton for £10m in 2017 after he impressed manager Ronald Koeman and director of football Steve Walsh in a Europa League tie for Hajduk Split.

Both men were gone from the club by the end of the season and the Croatian was left in limbo. With little prospect of getting into the squad, he went on loan to CSKA Moscow last season. The Russian club have now bought him on a permanent deal, with the Toffees remarkably making a small profit out of it.

Real Madrid now have so many high quality players on their books that they need to start offloading some of them. Marcos Llorente is the first one to go, with cross-town rivals Atletico Madrid snapping him up.

La Rojiblancos have likely made the signing in anticipation of Rodri’s exit, with the midfielder expected to join Manchester City in the coming days. Llorente is comfortable on the ball going forward, but also does a good job of recovering the ball at the base of midfield.

Is Dani Alves’ release by PSG the biggest indication yet that Neymar is on his way out of the French capital? Rumours abound that the Brazilian superstar has agreed a deal to return to Barcelona this summer after a chaotic spell with the Ligue 1 outfit.

Alves was signed by PSG from Juventus when a deal with Manchester City seemed to be a foregone conclusion, but Neymar wanted someone familiar alongside him in the next chapter of his career. His compatriot, seemed the perfect choice, although how successful that idea was is questionable given how tumultuous the forward’s time in France has been.

There’s also the fact that, at 36 years of age, it makes complete sense for PSG to offload the full-back, who was undoubtedly well compensated for his friendship with Neymar. Now that he’s a free agent, is a Premier League move finally on the cards?