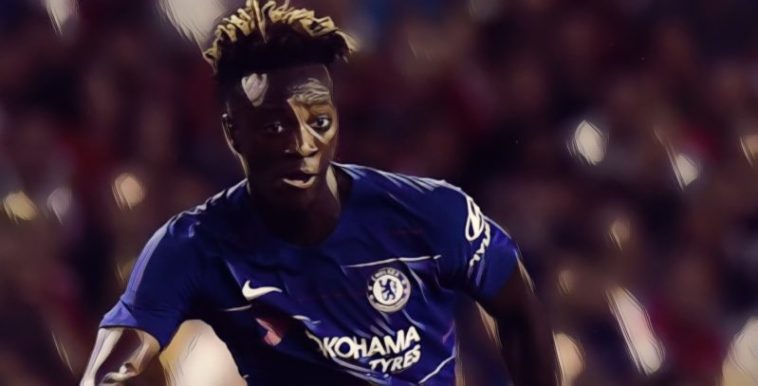 The England U21 international will return to Chelsea this summer following a prolific loan spell at Aston Villa, the 21-year-old scoring 26 goals to help fire the Midlands side to promotion to the Premier League.

Abraham hopes his impressive spell away from the club will lead to a breakthrough at Chelsea next season, the forward having now gained first-team experience during three seperate loan spells.

Former Chelsea favourite Frank Lampard is expected to be announced as the club’s new manager this week, replacing Maurizio Sarri who has left to join Juventus.

Abraham says Lampard’s appointment would give him confidence he will be given an opportunity at Chelsea next season, the 41-year-old having shown his faith in young players during his time as Derby manager.

“Yeah, if it was Lampard to take over the job. I believe in myself and there is no better guy to play under as well,” Abraham told Sky Sports.

“He’s someone you have grown up watching and has been at Chelsea forever. Like I say, he knows about me as well – I played against his [Derby] team in the Championship play-off final!”

Chelsea’s two-window transfer ban means the club will not be able to register new players until the summer of 2020, and Abraham believes the club’s inability to sign new players can provide an opportunity for the club’s best young talent.

“Yes, definitely. That’s how all the young players at the club are looking at it,” he said.

“There is a great chance for us so we must get our heads down and training and go for it at Chelsea.

“I have already been talking to the club about pre-season. I’m going to have a couple of weeks and then come back hitting the ground running.

“I feel I needed that little push, some people might call more experience. Obviously I had a season at Swansea which didn’t go too well but that is another experience in itself.

“I had that season at Bristol City, my first experience of proper men’s football that gave me such a valuable insight into what to expect.

“Then this season at Aston Villa as well when I played under the pressure of people asking if I could score goals and help them get back into the Premier League.

“Well I have been there, done that and now I have full confidence in my ability to score for Chelsea in the Premier League.”