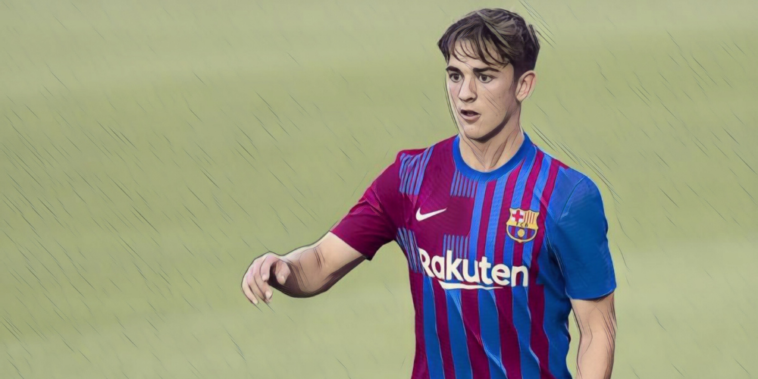 Gavi is said to be attracting interest from Premier League sides with Liverpool, Chelsea and Manchester United all willing to trigger the midfielder’s £42m release clause at Barcelona.

England’s leading clubs are monitoring the teenager ahead of a potential move, with the 17-year-old having emerged as a bright spark in a turbulent time for Barcelona after establishing himself as a first-team regular at the Camp Nou.

Gavi has made 20 appearances across all competitions for the Catalans this season and became Spain’s youngest ever debutant when making his senior international debut against Italy in the UEFA Nations League in October.

Barcelona’s exit from the Champions League’s group stages has led to several stars to question their future, with Gavi amongst those claimed to be unconvinced of the club’s current direction.

El Nacional reported last week that Liverpool and Chelsea are willing to provide the teenager with an escape route, whilst Bayern Munich are also interested in activating the €50m (£42m) release clause in his current contract.

The report claims that the ‘proposal’ offered at Liverpool will be ‘very difficult’ to reject, with the Reds offering Gavi a regular role in the side, improved salary and opportunity to challenge for major silverware.

Meanwhile, Todofichajes are reporting that Manchester United are also interested in his signature, the Red Devils having been linked with a host of midfield options as the club seek upgrades in central areas, while the future of Paul Pogba is yet to be resolved.