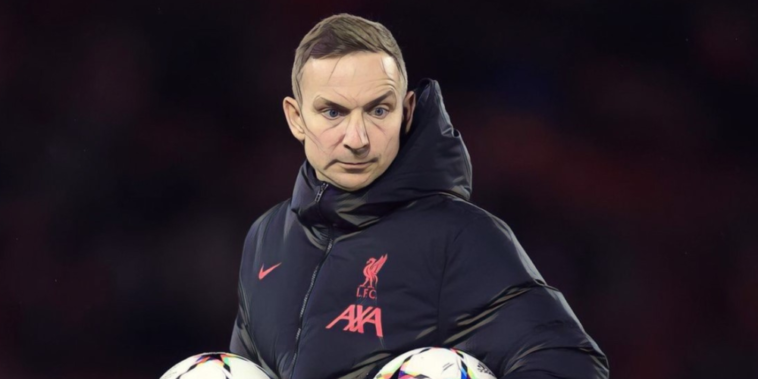 Pep Lijnders has provided an update on the fitness of Liverpool’s Luis Diaz and has discussed the potential of teenager Ben Doak.

Diaz suffered a setback in his recovery from a knee problem during Liverpool’s training camp in Dubai and the Colombia international – who has not featured since October – is not expected to return until March.

The news is a significant blow to the Reds who will be hoping to ignite their campaign as the domestic season returns. Liverpool travel to face Manchester City in the Carabao Cup’s fourth round on Thursday evening, before resuming their Premier League campaign against Aston Villa on Boxing Day.

Ahead of the trip to face City, assistant manager Lijnders provided an update on Diaz’s situation.

“We all know the impact that Luis Díaz had on the team and it’s not easy to come in and have an impact to take the team forward,” he told a pre-match press conference.

“So for him and the team it is really sad it has happened. He has this character where he smiles and works hard and will come back stronger, and that will really help us. Hopefully he will come back in the shortest timeframe.”

One player who will be hoping to benefit from Diaz’s misfortune is Ben Doak, who has made a positive impression since his summer arrival from Celtic. The teenager – who became Celtic’s second youngest player of all time in January before his move to Merseyside for a compensation fee of around £600,000 – has been with the senior side during the World Cup break.

Lijnders was full of praise for the 17-year-old and believes Doak has all the attributes to break into the senior side.

“He’s very quick and technical and that makes a very dangerous player. He learns as well quickly, that’s what’s good. He adapts really quickly to our technique. I’m really happy with our young signings.

“Our academy scout brings these players and nobody has heard of them before but the boys he brings in are good. We want to give these boys chances. I like the combination of speed, mentality and technique and Ben has all three.”