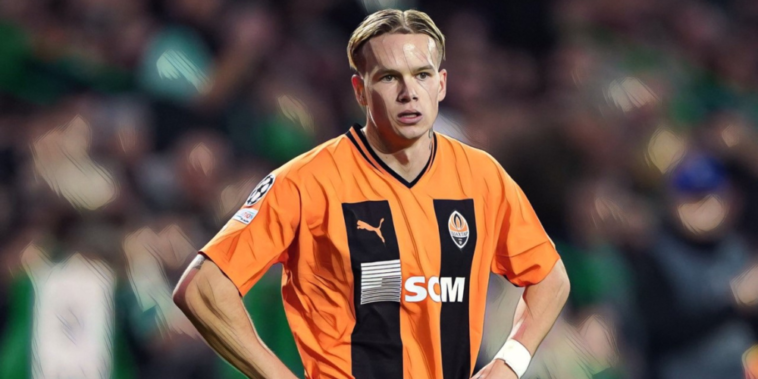 Mudryk has been linked with a move to the Premier League after an explosive start to the season at Shakhtar, with the in-demand winger having scored seven goals in 11 league starts for the Ukrainian side.

The 21-year-old also shone during this season’s Champions League group stage and has been continually discussed as a transfer target for Arsenal in recent weeks, as Mikel Arteta looks to bolster his forward line and the Gunners’ title challenge.

Shakhtar’s sporting director, Carlo Nicolini, has now confirmed that the Premier League leaders are interested in Mudryk, who is believed to be valued at around €100m. Nicolini believes that Shakhtar’s valuation places the winger out of the reach of Italian sides, though the Ukrainians are expected to accept a fee lower than their initial price-tag.

Speaking to Calciomercato.it, Nicolini said: “Today, Mudryk has been told, like all other players, to present himself for the training in Antalya on the 9th of January. There is interest from Arsenal, I cannot deny it.

“Many clubs are interested in Mudryk, but there weren’t official offers,” he continued. “In my opinion, Italian teams have not enough economic strength for a player like this. The Italians bring low proposals, we don’t even sit to negotiate.

“There are many English candidates, Spanish, French. They [Arsenal and Manchester City] are two teams that have taken an interest in the player.”